How The Clean Energy Transition Could Save More Than It Costs 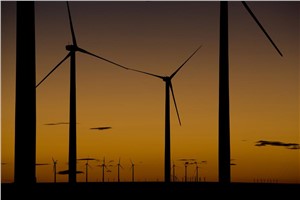 The cost of transitioning the United States to clean energy may be offset or surpassed by the savings of not having to buy fossil fuels, according to a scholar of energy management systems.

That calculation does not including the savings from avoided pollution and climate damages, said James Williams of the University of San Francisco.

"The energy economy in a low-carbon transition is one in which capital costs—basically the capital costs of low-carbon generation and the incremental cost of an electric vehicle or an improved boiler, something like that—those capital costs end up replacing fuel costs associated with fossil fuel purchases," Williams told a workshop last week hosted by The National Academies of Sciences, Engineering, and Medicine.

The cost of transitioning to 80 percent clean energy by 2050 will be about 1 percent of Gross Domestic Product, give or take 1 percent, Williams said at the Academies' Workshop on Deep Decarbonization. "And so you end up having a net cost which is a relatively small difference between relatively big changes in flows in the system."

But 1 percent of Gross Domestic Product still sounded large to one participant, retired IT professional Bruce Parker, who said:

"Has any thought been put into getting the public ready for the high cost associated with deep decarbonization? Your 1 percent of GDP is probably about a thousand bucks per person per year. I know in my own house if I turn off my gas and heat by electricity, it’s about 2,000 bucks a year. I don’t know how many politicians would get elected to say, 'Yeah, vote for me, I’ll cut off your natural gas and force you to go to electricity, and it’s going to cost you 2000 bucks a year."

A one percent increase, Williams replied, is less than the country usually endures during oil shocks and recessions. And the cost of clean energy has consistently been overestimated, he added:

"The U.S. spends typically 6 to 7 percent of GDP on energy. We spend 20 percent on healthcare, just to put things in proportion, and so a change in that spending on the level of a percent of GDP is way lower than the historical fluctuations we’ve seen during periods of oil-price shocks and economic downturns. Will there be some costs associated with it? As it now stands there may be but … there’s been consistent overestimates of solar and wind prices relative to the reality that we’ve seen, and we’re beginning to look at some of the new cost projections and seeing actually on a societal basis, negative costs is a possibility out there. I don’t mean to spread fairy dust and I’m not claiming that will be the case, but it may be becoming as likely as net positive cost."

If it's fairy dust, some utility executives have been sprinkling it too.

Williams cautioned that the cost/benefit equation will be different for different sectors of the economy.

Tell a friend:
How The Clean Energy Transition Could Save More Than It Costs