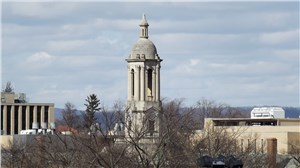 The council of State College, a Pennsylvania community that is home to Penn State University, has voted unanimously to adopt a resolution establishing a goal of 100% clean, renewable energy no later than 2050.

With this resolution, according to the Sierra Club, the Borough of State College is now committed to achieving net-zero greenhouse-gas emissions and 100% renewable energy “as quickly as feasible” and will “lead by example to rapidly pursue these goals in a manner that is transparent, fair and economically responsible.”

State College is the 17th community in Pennsylvania to commit to 100% clean, renewable energy and the first outside of southeastern Pennsylvania. It is also the 126th municipality to adopt this goal nationally, says the Sierra Club.

Jesse Barlow, a local Sierra Club member, professor at Penn State and borough councilmember, drafted and introduced the resolution in May.

“In passing this resolution, making State College Borough a Sierra Club Ready for 100 municipality, we are making important pledge for the future of the Borough and the region,” comments Barlow. “It is a recognition that local government has a strong role to play in mitigating global climate disruption, and it continues the Borough’s strong commitment to environmental sustainability.”

On June 12, the Pennsylvania Chapter of the Sierra Club will host a public meeting to celebrate State College’s commitment and to discuss the next steps.