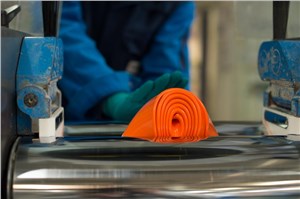 An arbitral tribunal has reached a decision on a new electricity price in the extended power contract between Landsvirkjun and Elkem Iceland, which operates a ferrosilicon plant at Grundartangi in Iceland.

The original power contract between the companies dates from the year 1975 and has been subject to six amendments since the plant started operations in 1979. The contract expired in 2019. According to a contract provision, Elkem could extend the contract by 10 years, until the year 2029. Elkem decided to do so, submitting the decision on the contract price to arbitration. In the arbitral tribunal's decision, it was obligated to take into consideration similar contracts between Landsvirkjun and other energy-intensive users in metal production in Iceland.

The arbitral tribunal has now reached a decision on the electricity price for the duration of the extension period, i.e. from April 1 2019 to March 31 2029.

Hörður Arnarson, Landsvirkjun's CEO: „The fact that the arbitral tribunal has reached a decision is a positive one, as it represents an end to a lengthy and extensive process. Our successful relationship with Elkem and its predecessors dates back over 40 years and we look forward to a continued successful cooperation in the future."

Tell a friend:
Arbitral Tribunal Reaches a Decision on Electricity Price in Landsvirkjun and Elkems Contract Until 2029