Why Governments Are Less Important To Renewable Energy, As Demonstrated By Spain 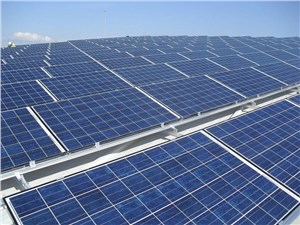 Spain’s government has set the target for 100% of its electricity to come from renewables by 2050, but the reality is that the private sector will probably have more to do with hitting that target than the authorities in Madrid. It will probably happen sometime before 2050 as well.

Solar power is already the cheapest form of power when compared to market prices. The chief of the country’s solar trade association claimed last year that there was a pipeline of 29GW of photovoltaic (PV) projects proposed for private companies. That is to say, projects that will be for the sole use of large energy users and either directly or virtually plugged into their facilities. The power purchase agreements (PPAs) are popular among the likes of Facebook and Google in the US and for nervous investors, they offer projects to sink their capital into without taking on the risk associated with relying on a government. Their hesitancy is understandable.

Spain has a chequered past when it comes to solar. It was one of several European countries that offered generous incentives to get the technology off the ground only to fall afoul of their own generosity. While Greece and Italy also fell into this trap, it was the Spanish response that garnered so much criticism. Having taken out adverts in the press encouraging people to liquidate their pension pots and invest in solar, they would later remove all the subsidy support that propped up projects of all sizes. Retirees and international infrastructure funds found themselves in the same boat, without a paddle.

Having racked up huge debts to the country’s largest utilities, the government went further and banned solar panel owners from using power for their own consumption, effectively giving their business back to the likes of Iberdrola. The penalties for ignoring this edict included grossly disproportionate fines and imprisonment. The effective criminalization of solar by the conservative government was quite an about turn.

During the intervening years, the cost of a solar PV system fell dramatically. Europe's punitive trade measures on Chinese solar manufacturer's have lapsed. A help even if most of those firms had simply moved manufacturing overseas to avoid the duties. That PPA pipeline grew and the economics of solar are now such that several gigawatts are will likely be deployed for the foreseeable future.

The new government launched a tender process for 3GW of solar but some investors are ignoring it and pursuing private offtakers for projects only. The pledge to move to 100% renewables sends a much more welcome message to the industry compared to the low point achieved by the previous regime. Political support, rather than financial support, is all that is required to ensure solar has equal access to the electricity network. The same ask the UK solar industry is pushing in Westminster and one that the remaining subsidy-driven markets will echo in good time.

Spain is not alone in pushing grid parity in Europe. A report in March this year from the respected research institute Fraunhofer ISE found that solar was now the cheapest new source of power generation in Germany. Portugal had been registering a series of subsidy-free projects recently and has quietly become a hotspot for standalone projects independent of the mood of a fickle government.

The target set by Madrid is perhaps a little redundant as the direction of travel would suggest that this is where the power sector is headed. Solar will succeed in Spain in spite of whoever is in power, not because of them and supportive policies such as the 100% renewable target will be welcomed regardless. The less time solar has to spend in an uphill battle for fair treatment the more time can be spent deploying projects and preparing for the transition to a flexible, low-carbon and decentralized grid.

Tell a friend:
Why Governments Are Less Important To Renewable Energy, As Demonstrated By Spain