EPA's Clean Power Plan Replacement Could Be Vulnerable in Courts 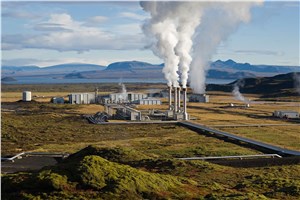 Last month the Environmental Protection Agency introduced its much-anticipated replacement for the Clean Power Plan, the Obama-era regulation that aimed to reduce carbon dioxide emissions from the electricity sector 32 percent by the year 2030. When boiled down to its essence EPA’s replacement plan, the Affordable Clean Energy rule, offers a lifeline to the coal-fired power generation industry that aims to prop up the sector through two complimentary means.

ACE would incentivize investment in aging, increasingly uncompetitive, coal-fired powerplants to improve plant efficiency, where such investments would be otherwise impossible to justify. Hand in hand with this, the rule, which is open to public comment until October 30, proposes to undo the requirement that the plants invest in additional upgrades to limit emissions of pollutants other than carbon dioxide, such as sulfur and nitrogen oxides.

ACE would boost investment in improvements of existing coal plants in good part by allowing those upgrades to be as cheap as possible. It would also allow the EPA, under acting administrator Andrew Wheeler, to fulfill its fiduciary duty to limit carbon emissions – ACE is carbon regulation after all, however weak - yet get away with as little as possible in this regard. EPA’s own analysis of ACE shows carbon dioxide reductions of just one percent through 2035 compared to no carbon limits at all.

Yet, all of this will come to pass only if ACE survives intact the legal challenges that it is sure to face.

ACE is a key component of President Trump’s broader effort to undo the climate and environmental protections developed during his predecessor’s administration. A central challenge faced by Trump’s EPA in erasing the Clean Power Plan is the fact that the agency is required by law to control carbon emissions, due to its own 2009 determination that carbon emissions are a health hazard.

That determination, known as the endangerment finding, led to the Clean Power Plan and also to ambitious CAFE automotive fuel economy standards aimed at curtailing carbon emissions from the transportation sector. EPA announced it would roll back both carbon rules in August.

The agency is not likely to attempt to overturn the endangerment finding, which is firmly based on its own science pointing to the human drivers of climate change. Instead, the current administration offers ACE, which it justifies on the grounds that the Obama EPA had, in its writing of the Clean Power Plan, misinterpreted the provision of the Clean Air Act laying out EPA’s authority to regulate carbon dioxide emissions.

A specific section of the Clean Air Act, 111(d), requires EPA to regulate significant sources of harmful aerial pollutants, and mandates that these sources, such as a coal-fired powerplant, use “Best System of Emissions Reductions” methodology to lower emissions as much as possible within reasonable constraints of current technology and economic impact.

The interpretation of the term “source” is critical. Historically, EPA has implemented emissions reduction rules that treat a source as a single generating unit. However, 1990 updates to section 111 (d) resulted in ambiguity around the intent of the term, giving EPA additional latitude to interpret source more broadly as the wider electricity system. EPA took advantage of this ambiguity to establish state-level emissions reduction targets – rather than unit-specific targets - under the Clean Power Plan. EPA reckoned that the courts would defer to its interpretation, for which there is a legal precedent known as the Chevron deference.

Yet the current EPA, in justifying ACE, flips this thinking on its head. The EPA’s own ACE fact sheet claims that the currently stayed Clean Power Plan “exceeded EPA’s authority.” ACE thus takes the narrow view and targets only coal fired power plants, for a more orthodox, inside the fenceline approach to regulating emissions.

This is a distinction with important implications for carbon reduction. ACE leaves much less room for flexibility than the regulatory construct offered in the CPP, which allowed states to go outside of the fenceline of power plants themselves to include efforts like end-user energy efficiency and the promotion of carbon-free renewable generation. Such flexibility would pave the way for more cost effective and extensive emissions reductions.

The opportunity for aggressive greenhouse gas reductions is lost with ACE, which requires only that coal fired power plants improve their “heat rate,” industry terminology for fuel efficiency, to reduce emissions. No specific carbon reduction targets are specified by EPA, and states are free to choose what the Best System of Emissions Reductions for a plant may be.  States get wide latitude to specify the level of efficiency improvement they want from a given coal plant, with leeway to be lenient.  To boot, the timetable for compliance extends five years and possibly more.

Further, EPA’s view that ACE will drive down overall power sector emissions relies on the dicey assumption that natural gas prices will remain low, and in fact decline, long into the future. If this holds, subsidized, souped-up coal units would have limited opportunity to displace cheaper and cleaner gas-fired generators. In essence, ACE would make coal plants more competitive, but those plants better not run too much if the goal really is to lower carbon emissions.

Regardless, the legality of the outside-the-fenceline approach has never been tested in court.

"What current management at EPA claims they're doing is remaining faithful to the statutory text of the Clean Air Act, and they put an enormous amount of weight on the idea that the Clean Air Act uses the word source in the singular," says Joe Goffman, Senior Legal Counsel in the EPA’s Office of Air and Radiation from 2009 to 2017 and a legal architect of the Clean Power Plan. "But the very same EPA’s learning a few years ago was that the way that power plants operate really gives a different meaning to the word source."

"In the power sector, there’s almost no such thing as a single source of power. Plants operate in large interconnected networks…We felt the statute required us to give that particular reality-informed reading of the language. So, this really does come down to a clash of legal interpretations, if you take what the agency is now saying at face value."

Goffman also weighs in on EPA’s options to justify its flip-flop on the meaning of source, and ultimately replace the Clean Power Plan with ACE.

"Now the agency will have two choices," he says. "It can either argue to the court that there's no other possible way to interpret the Clean Air Act than its (the current EPA's) own. Or, EPA will go before the court and say the court should defer to the agency because its interpretation is reasonable, regardless of the fact that there might be other interpretations."

The legal outcome will have major implications for the ability of any future, more climate-friendly administration to implement ambitious carbon targets. Should EPA go for the “both interpretations are valid and reasonable” approach, a court, quite possibly the Supreme Court, might let the current EPA have its way, dump the CPP and move forward with ACE.

The alternative, and riskier approach would be for the EPA to argue that the outside the fenceline interpretation used in the CPP is downright illegal. Goffman believes it would be more of a stretch for a court to rule in EPA’s favor here, and if it doesn’t EPA’s basis for ACE might be undermined.

And here’s the potential jeopardy for more ambitious carbon regulation from a future administration. If a court agrees that the inside-the-fenceline approach is the only one that’s legally valid, then a future administration could see its path barred to a broader, system-based regulation that would deliver more carbon reduction. Trump's climate rollback would be more likely to stand the test of time.

There is, however, one more way that ACE may be shot down or, at least, voided for practical purposes. Recall that one of the major features of ACE is that it would modify, and in effect nullify, the requirement that plants in line for an upgrade perform what's known as a New Source Review to determine whether other pollutants, such as sulfur and nitrogen oxides, would increase as a result. Yet past attempts to modify or bypass New Source Review failed, notably during the George W. Bush administration.

EPA recognizes the risk that its attempt to modify New Sourced Review will fail. It has thus written ACE in a way that the overall regulation will survive even if its rewrite of New Source Review doesn’t. In legalese, New Source Review modifications are “severable” from the broader ACE.  But without the modified language it would be costlier for generators to implement the efficiency improvements that are ACE’s goal.  That would entice fewer coal plant owners likely to move ahead, and the whole effort to boost the coal industry would be a wash. Courts might also rule that ACE, without the NSR changes, isn’t much of a regulation at all, and bring the whole rule down.

In the meantime, the uncertain environment that the EPA has created makes reduces the incentive for investors and utilities to put money into clean energy alternatives. That, sadly, is certain.

Tell a friend:
EPA's Clean Power Plan Replacement Could Be Vulnerable in Courts