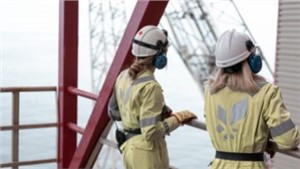 Based on favourable commodity price conditions, strong cash flow generation and an adjusted net debt ratio (1) of 13.2% the board of directors has decided to increase the size of the second tranche of the share buy-back programme, from an indicative level of USD 300 million communicated at the Capital Market Day in June, to USD 1 billion. This includes shares to be redeemed from the Norwegian State. The share buy-back will commence today and will end no later than 31 January 2022.

At the Capital Markets Day in June 2021 Equinor announced a competitive capital distribution with an increase of the quarterly cash dividend to 18 cents per share and the start of a new share buy-back programme, providing a capital distribution structure with increased flexibility.

The first tranche of the share buy-back programme of USD 300 million, including shares to be redeemed from the Norwegian State, commenced 28 July and ended 28 September 2021 with a total purchase in the market of USD 99 million, in total 4,575,502 shares.

The purpose of the share buy-back programme is to reduce the issued share capital of the company. All shares repurchased as part of the programme will be cancelled.

The share buy-back programme is structured into tranches where Equinor will
buy back shares of a certain amount in USD over a defined period. For the second tranche, running from 27 October 2021 up to no later than 31 January 2022, Equinor is entering into a non-discretionary agreement with a third party who will make its trading decisions independently of the company.

In this second tranche, shares for around USD 330 million will be purchased in the market, implying a total second tranche of around USD 1 billion including redemption of shares from the Norwegian State.

The execution of further tranches of the programme will be notified to the market. Tranches executed after Equinor’s next annual general meeting is conditional upon future annual general meetings renewing the authorisation to buy-back own shares and renewal of the agreement with the Norwegian State.

Further information about the share buy-back programme and the second tranche:

The share buy-back programme is based upon the authorisation to purchase own shares granted to the board of directors at the annual general meeting on 11 May 2021 and registered in the Norwegian register for business enterprises. According to the authorisation, the maximum number of shares to be purchased in the market is 75,000,000 the minimum price that can be paid for shares is NOK 50, and the maximum price is NOK 500. The authorisation is valid until the earliest of 30 June 2022 and the annual general meeting in 2022.

As further described in the notice to the annual general meeting in 2021, Equinor has an agreement with the Norwegian State whereby the State will vote for the cancellation of shares purchased pursuant to the authorisation, and the redemption of a proportionate number of its shares in order to maintain its ownership share in the company. The price to be paid to the State for redemption of shares shall be the volume-weighted average of the price paid by Equinor for shares purchased in the market plus an interest rate compensation, adjusted for any dividends paid, in the period up until final settlement with the State.

In the second tranche, shares will be purchased on the Oslo Stock Exchange. It will be conducted in accordance with applicable safe harbour conditions, and as further set out i.a. in the Norwegian Securities Trading Act of 2007, EU Commission Regulation (EC) No 2016/1052 and the Oslo Stock Exchange's Guidelines for buy-back programmes and price stabilisation February 2021.