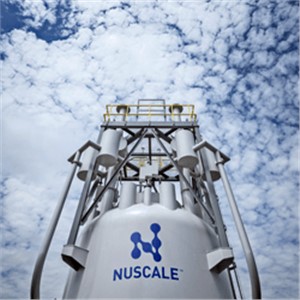 NuScale Power today announced that it has finalized an investment agreement with IHI, a comprehensive heavy-industry engineering and manufacturing company headquartered in Japan. As part of a commercial relationship with NuScale, IHI will provide cash investment in NuScale Power. The IHI-NuScale relationship results in IHI becoming a strategic supplier for NuScale Plants, whereby IHI will be a preferred supplier of certain manufactured components for NuScale Plants globally.

“IHI’s welcome investment in NuScale Power compliments our effort to demonstrate how cleaner and safer advanced nuclear technology can bring numerous economic and environmental benefits to countries around the world as we all transition to clean energy,” said NuScale Chairman and Chief Executive Officer John Hopkins. “This announcement truly emphasizes the growing Japanese and global interest in NuScale’s innovative SMR design, and this new partnership is an exciting step for our technology and its international potential.”

“Strategic partnership with an innovative SMR technology developer such as NuScale is a great opportunity for us,” said Hiroshi Ide, President and Chief Executive Officer of IHI Corporation. “IHI wants to support the move toward a carbon-neutral economy, and NuScale’s technology is safe, clean, reliable and closest to commercialization among its competitors. IHI can support rapid deployment of NuScale’s technology by leveraging IHI’s extensive engineering and manufacturing experience in the nuclear industry.”

NuScale’s SMR made history in August 2020 as the first and only design to ever receive approval from the U.S. Nuclear Regulatory Commission and maintains strong momentum towards the commercialization of its SMR technology by the end of this decade. NuScale and Fluor are currently working for Utah Associated Municipal Power Systems (UAMPS) to bring the world’s first clean energy, carbon-free SMR project to commercialization.

NuScale Power continues to lead the SMR field with growing domestic and international customer interest from those who see the NuScale power plant as a long-term solution for providing reliable, safe, affordable, and operationally flexible carbon-free energy for diverse applications. NuScale has signed and announced agreements to deploy NuScale Plants with entities in the U.S. and internationally.