How to Decarbonize Natural Gas 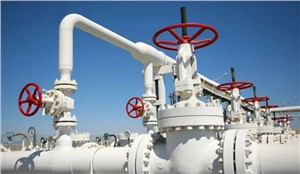 Last summer a record-setting heat wave in California caused rolling blackouts throughout the state. This week, a record-setting freeze knocked out power for millions of people in Texas and the Midwest.

It’s too early for a postmortem on what happened, but we know that the cold affected all fuel sources, and most of all, natural gas. Wellheads and gas lines froze. Gas supplies were diverted to residential heating rather than power. This slice of the problem underscores how deeply we still rely on natural gas.

It is arguably the most important current source of energy in the U.S. and many parts of the world. Most long-term net-zero projections phase out natural gas, but it’s going to be with us for decades, particularly in heavy industry.

So what do we do with it in the meantime? How do we tackle natural gas emissions and ultimately phase out natural gas in heavy industry?

We spoke to an expert in this space: Cate Hight, a principal at RMI (formerly Rocky Mountain Institute). Last year she wrote a report called The Role of Gas in the Energy Transition. Now she’s working on RMI’s Mission Possible Partnership, which aims to decarbonize heavy industries.

Shayle and Cate talk about the rapidly changing emissions detection space, differentiated gas and the many different colors of hydrogen.

Tell a friend:
How to Decarbonize Natural Gas