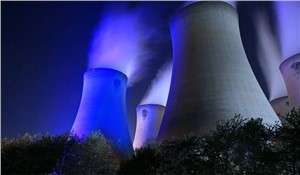 Plans for a new 3.6-gigawatt natural gas power plant in the U.K. have been shelved by the developer Drax, highlighting the challenging economics of converting coal-fired power to a cleaner, but still fossil-fuel-fired, alternative.

It would have been the largest gas plant in Europe and, unsurprisingly, drew the attention of environmental groups. They had claimed that the project’s permit was not compatible with the U.K.’s climate change laws. A court rejected that assertion, but the advocacy groups claimed a victory on Thursday regardless. Some commentators likened the move to the early phases of the U.K.’s not-so-gradual coal phaseout, but that would appear to be premature.

The actual motivation for the decision may well be a simple fact of economics.

Drax’s central, eponymous site is the U.K.’s largest power plant. In recent years, it has converted some 2.6 GW of power output to biomass, with a remaining 1.3 GW running on coal. It plans to add carbon capture and storage to the biomass plants, taking them to a negative-emissions status. The last coal generation facility will be shuttered next month.

In its annual results on Thursday, however, Drax said it would no longer pursue the plans, and took a £13 million ($181 million) impairment associated with it.

A Drax spokesperson told GTM the decision aligns with a strategic shift to renewables, a shift that has also seen the firm acquire a portfolio of hydro and pumped hydro plants in 2019.

“[Thursday’s] announcement is part of Drax renewing its focus on renewables and pioneering bioenergy with carbon capture and storage technology (BECCS),” the company representative said in an email. "This year we sold our existing gas power station assets, alongside the Damhead Creek 2 development project, to Vitol (VPI Holding Ltd). Drax Power Station will also cease commercial coal generation next month.”

That is not consistent with Drax’s plans to develop 1.2 GW of new gas peaker plants split across four sites in the U.K. The company’s annual report notes that it is still committed to developing “four small open-cycle gas turbine units.”

Drax said its negative-emissions BECCs plants will be privately funded. But it needed government “to create an investment framework that would provide the necessary confidence to Drax and its investors to commit capital to the project.”

Why else might Drax have pulled the plug?
The most likely explanation is a simple case of economics. The company failed to secure a contract in last year’s T-4 capacity market auction, which is targeted to resources that provide reliability services to the U.K. transmission grid, leaving it exposed to wholesale pricing.

“For me, it's an economic decision that is based on the biomass model versus gas at this scale,” James Watson, CEO of trade body Eurogas, said in an interview. He said the prospects for gas-fired power vary greatly around Europe. Some nations with plenty of coal and nuclear left to retire, for example, will create the right conditions for new baseload gas capacity. Belgium, he said, has 5 GW of such capacity in the works.

Dan Eager, principal analyst for European power at Wood Mackenzie Power & Renewables, agrees that results from the T-4 capacity market auction are likely to have been a significant factor.

The clearing price in the auction jumped to nearly £16 ($22.29) per kilowatt of available capacity per year. The Keadby 2 gas power station, under construction now, secured a 15-year contract for 803.7 MW of capacity. The project is being developed to be ready to support “carbon capture and hydrogen." Its Siemens turbines enable the latter.

Eager thinks Drax may have required a steeper price of between £25 and £35 ($34.83 and $48.76) per kilowatt, with the capacity market likely to have been a major part of the project’s business plan.

What is harder to put a finger on is investor appetite. Investment is flooding into offshore wind and European solar. It is difficult to know whether projects such as Keadby, with plug-and-play cabron capture and storage capabilities and turbines ready for the carbon switch, will draw more and lower-cost finance.

“Any new thermal generation that's being built is going to be on the system for 30 or 40 years. So if they're operating through that lifetime, the tail end of their operation has got to be fully decarbonized,” said Eager. None of the technology options for that are proven.

Emerging net-zero policies will require greater incentives to help develop the flexibility resources clean-powered grids will need, he said, whether those are energy storage resources or hydrogen or CCS-enabled gas plants. Without support, hydrogen and gas with carbon capture both require a leap of faith, he said.

The transition fuel undergoes its own transition
Watson and Eager both expect gas to play a role in Europe’s power mix for a while yet, including new-build projects. But the shape of that involvement is likely to change.

Watson’s Eurogas estimates a reduction in natural-gas usage of 35 percent from 2020 to 2050 across all sectors. Much of this will be as a feedstock for blue hydrogen and other industrial processes.

“The future for the gas industry, in terms of power, will shift to peakers," Watson said. "And in time, natural gas will be replaced by hydrogen; whether it's green or blue remains to be seen."

Capacity markets and other grid services will offer additional revenue streams for gas plants, regardless of what gas they use to generate power.

Watson also expects a volume of biogas to come into play, but acknowledges that is capped “by the amount of sustainable second-generation feedstock there is.”

For high-renewables markets with little coal capacity left to shutter, however, the options for gas as baseload appear to be evaporating.