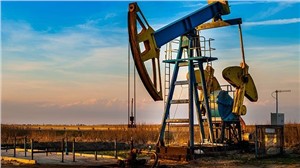 The international oil markets have been under severe pressure since the outbreak of COVID-19 with the rapid destruction of crude oil and oil product demand.

Despite attempts for coordinated supply-side action by major oil producing nations, including those outside of OPEC, the pace of the unabated oil production throughout February and March, coupled with heavily discounted prices from Saudi Arabia and Russia, has meant dwindling global storage capacity will be completely full by mid-June. Current estimates indicate that the daily crude oil excess is nearly 30Mbpd. Storage at each refinery differs significantly and thus some regions are already unable to process or move additional liquid volume, and as such, are facing a crisis. From the demand side force-majeures are being issued as the implications of taking delivery of an oil product are considerable in the current marketplace.

As such, on Monday April 20th, the last full trading day before the NYMEX WTI (Light Sweet [West Texas Intermediate] Crude Oil) May Future expires, the realities of this physical market situation were exposed for all to see. We have seen several heavy sour inland crudes trade at negative prices during April, but WTI was heavily offered from $20/bbl, to $1/bbl an hour before the close, before being hammered to -$37.63/bbl, the first negative close for WTI in the history of the contract.

Unlike Brent crude, which is settled in cash, WTI is settled physically. That means those that are long when the contract expires (21 April) for the May contract will have to take physical delivery of the crude. With Brent contracts settling in cash traders will not find themselves in a situation where they are forced to sell at any price (even negative) to ensure they do not receive delivery of physical crude with nowhere to store it. This mechanism is the driver of WTI prices dropping below 0, and rightly grabbing the headlines. However, it becomes the representations of the deeper issue in the oil market today. 1/3 of global demand has been destroyed and a mere 1/10 of the global supply will be cut. This has combined to push global inventories towards capacity and the market reeling as a result.

Below is a brief overview of how we got to this point, what we should expect in the coming few months, and the feedback from the physical marketplace and the immediate actions being taken.