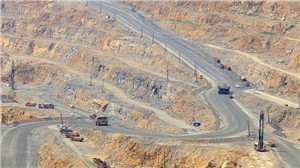 The spread of the coronavirus has shaken up global commodity markets as there are widespread fears of its negative impact on economic activity and commodity demand, especially in China. The iron ore market is particularly reliant on Chinese demand and the price has fallen sharply in response to anticipated disruptions to industrial production and construction activity.

What is the Wuhan coronavirus?

The Wuhan coronavirus, also known as 2019-nCoV, is a virus originating from animals in the Chinese city of Wuhan, Hebei province. The number of infected people has risen sharply in a short period of time, increasing from 45 to over 5,000 during the period 16–28 January. At the time of writing, the death toll of the virus has reached more than 130 and confirmed cases have also been found in at least twelve other countries.

To control the spread of the virus, 60 million people in 15 Chinese cities have been fully or partially locked down, meaning travel to and from Wuhan and other nearby cities has been banned. In addition, the Chinese New Year (CNY) holiday has been extended from 30 January to 02 February. In Shanghai, located downstream of Wuhan on the Yangtze River, the public holiday has been extended to 09 February.

In 2002, another coronavirus, Severe Acute Respiratory Syndrome (SARS), spread around China and other Asian countries. The Wuhan coronavirus is biologically 75–80% identical to SARS, but there are a few differences in its behaviour. SARS had a higher fatality rate, but the virus did not spread as fast as the Wuhan coronavirus. In addition, the Chinese government has this time responded much more quickly than in 2002, in an effort that has been praised by the World Health Organisation (WHO).

Steel demand and production at risk

The spread of the coronavirus is coinciding with the CNY holiday, a period when steel demand in China is particularly weak as most people working in construction, manufacturing, infrastructure and logistics are on leave. During this time, however, blast furnaces (BFs) cannot be switched off, so raw materials inventories at mills are typically built up in preparation for the holidays and associated interruptions to logistics.