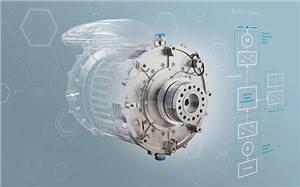 Rolls-Royce has outlined an initiative to strengthen hybrid electric power and propulsion research and development activities in Brandenburg. Building on our close cooperation with the Brandenburg Technical University (BTU) in Cottbus-Senftenberg, already one of the four RollsRoyce Technology University Centres in Germany, and with potential further regional participation from small and medium-sized businesses, the existing capabilities at the Rolls-Royce Dahlewitz site could be significantly enlarged.

The formal launch of a programme is subject to appropriate approvals and regulatory clearances. If successful, the initiative would be co-funded by the State of Brandenburg and Rolls-Royce over the next six years. It would develop Brandenburg’s hybrid-electric capabilities, create a regional ecosystem, and complements Rolls-Royce’s significant electrical projects in the UK, as well as the electrical interests in the US and Singapore, and the activities of the Siemens eAircraft business, which we entered into an agreement to acquire in June.

Dr. Dirk Geisinger, Director Business Aviation and Chairman Rolls-Royce Deutschland, said: “Developing world-class hybrid electric power and propulsion systems represents a significant opportunity for Rolls-Royce, which we are pursuing globally with vigour and focus. With the acquisition of the Siemens eAircraft business we are investing in in Germany and Hungary already. Adding Brandenburg with the BTU and regional partners to that effort would be an exciting next step.”

Prof. Dr. rer. pol. Christiane Hipp, President of the BTU, stated: „Today’s announcement makes it clear once again that the scientific performance of our university is oriented towards the pressing questions of our time and that there is a corresponding demand for it."

Dr. Dietmar Woidke, Prime Minister of the State of Brandenburg, said: “We are committed to assuring the economic perspectives of the Lausitz region. Establishing one of the most promising technologies of our time right here would represent a quantum leap for Brandenburg. We are delighted to have a company like Rolls-Royce combine visionary thinking with competency and industrial weight.”

The initiative, once formally approved, will pioneer the development of novel hybrid-electric 400kW to 1000kW propulsion systems. Programme details will be agreed before the end of 2019.

To support the rising demand for air travel while achieving CO2 emissions targets, Rolls-Royce is developing increasingly environmentally friendly technologies. The electrification of flight is just one part of our commitment to making aviation more sustainable alongside continuing to increase the fuel efficiency of gas turbines and encouraging the development of environmentally friendly and sustainable aviation fuels.

In June, we entered into an agreement to acquire the electric and hybrid-electric aerospace propulsion activities of Siemens (the eAircraft business). This move will accelerate the delivery of our electrification strategy and boost our ambition to play a major role in the ‘third era’ of aviation. The acquisition is expected to complete late 2019, following a period of employee consultation.

In the UK we are leading and developing a range of electrical capabilities with support from the UK Government including an all-electric demonstrator aircraft, as part of the ACCEL initiative, that will attempt to break the world speed record for all-electric flight. ACCEL – short for “Accelerating the Electrification of Flight” – is partly funded by the UK Government and involves partners including electric motor and controller manufacturer YASA and the aviation start-up Electroflight.

We have already demonstrated our progress towards the electrification of flight, with successful ground tests of a hybrid propulsion system that can be used across a range of smaller transport platforms including EVTOLs (electric vertical take-off and landing vehicles), general aviation aircraft, and hybrid helicopters.

Rolls-Royce engineers based in the UK, US and Singapore have developed this hybrid-electric propulsion system based on the M250 gas turbine engine. Complete engine testing took place at our state-of-the-art facility in Indianapolis, US, where each component and sub-system of the hybrid engine was individually tested for electrical performance.

Last year we unveiled an EVTOL concept at the Farnborough Air Show in the UK that could be powered by such a hybrid solution. At the show we also presented the Volante Vision Concept – developed in partnership with Aston Martin and Cranfield University’s Cranfield Aerospace Solutions – which is a near-future study that looks at the potential for a flying autonomous hybrid-electric vehicle.