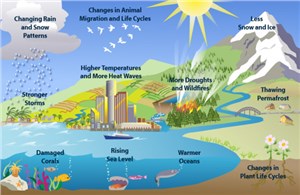 The U.S. District Court for the Southern District of New York today granted Chevron Corporation’s Motion to Dismiss the climate change lawsuit filed against it by the City of New York. This decision follows the June 25th order by the U.S. District Court for the Northern District of California, which dismissed substantively identical complaints that the same plaintiffs’ lawyers had filed against Chevron on behalf of the cities of San Francisco and Oakland.

Judge John Keenan’s decision said the claims in the lawsuits, filed under New York state law, are governed by federal common law. “The City’s claims are ultimately based on the transboundary emission of greenhouse gases, indicating that these claims arise under federal common law and require a uniform standard of decision.”

The court also ruled federal common law provides no remedy for climate change-related injuries because, under binding U.S. Supreme Court precedent, “the Clean Air Act displaces such federal common law claims.” This is because “Congress has expressly delegated to the EPA the determination as to what constitutes a reasonable amount of greenhouse gas emission under the Clean Air Act.”

The court concluded, “given the interstate nature of these claims, it would ... be illogical to allow the City to bring state law claims when courts have found that these matters are areas of federal concern that have been delegated to the Executive Branch as they require a uniform, national solution.”

The court also addressed climate change litigation more broadly. “The Court recognizes that the City, and many other governmental entities around the United States and in other nations, will be forced to grapple with the harmful impacts of climate change in the coming decades. However, the immense and complicated problem of global warming requires a comprehensive solution that weighs the global benefits of fossil fuel use with the gravity of the impending harms. To litigate such an action for injuries from foreign greenhouse gas emissions in federal court would severely infringe upon the foreign-policy decisions that are squarely within the purview of the political branches of the U.S. Government.”

“The court correctly recognized that climate change is a global issue that requires a global solution by policymakers, not by the courts through litigation,” said R. Hewitt Pate, Chevron’s vice president and general counsel. "Relying on Supreme Court precedent, federal judges in both New York and San Francisco have now held that these types of lawsuits cannot proceed, whether asserted under federal law or state law. It is time for this waste of taxpayer money and judicial resources to end. Responsible leaders should engage in an honest conversation about the policy issues of climate change rather than filing lawsuits and vilifying the men and women who produce the reliable, affordable energy upon which we all depend.”

This order addresses a lawsuit filed by the City of New York City against BP, Chevron, Conoco-Phillips, ExxonMobil and Royal Dutch Shell that seeks to hold the oil and gas companies responsible for potential future damage to the city from climate change. The suit, filed in January 2018, claims that the companies are responsible for climate change because they produced petroleum products that others—including New York City itself—then use to carry out their essential activities, in the process emitting greenhouse gases. The lawsuit seeks to hold energy producers liable for creating a “public nuisance” by providing products that third parties employ in a whole host of productive activities.

The U.S. Supreme Court has already rejected similar claims in separate cases against direct emitters of greenhouse gases such as power plants, including claims by the same lawyers behind the more recent climate change lawsuits.