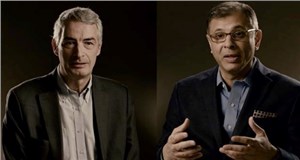 With the creation of the Cathay Smart Energy Fund alongside the provincial government of Hubei and Cathay Capital, TEV is staking a strong claim to the Chinese market, a unique ecosystem focused entirely on innovation.

“Everything changes at lightning speed. If you’re not paranoid, if you don’t check your rearview mirror constantly, you’re at risk of being overtaken.” Girish Nadkarni, CEO of Total Energy Ventures (TEV), doesn’t mince words when he talks about what’s at stake in his job. He identifies the start-ups with the most potential, spots trends and has a long-term vision of the business.

On March 27, TEV finalized one of its biggest investments ever in a fund. It did so in China, a country for which only superlatives will do and which is already a global leader in innovation.

By investing around 300 million RMB in the fund (around 50 million USD equivalent), Total has made it possible to launch the Cathay Smart Energy Fund, alongside the provincial government of Chinese province Hubei (through Hubei High Tech Fund) and Cathay Capital. As one of the biggest energy investment funds in China, it will focus its on areas related to renewable energies, the energy internet, energy storage, distributed energy, smart energy and low-carbon businesses.

Through this investment, Total will be able to establish itself in the Chinese ecosystem, gain visibility and familiarize itself with a market known for its spectacular leaps and bounds in various sectors of interest to the Group.