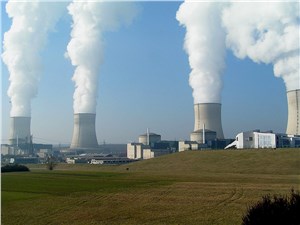 Following 2017, a share of electricity production by Russian nuclear power plants (parts of Power Division of ROSATOM, Rosenergoatom) has increased up to 18.9% (18.3% in 2016).

In 2017, electricity generation at Russian NPPs reached another record of 202.868 billion kWh (196.366 billion kWh in 2016). Thus, cumulative production has increased more than 6.6 billion kWh while the FAS balance of 2017 was exceeded by 3 billion kWh or 1.5% (at the target indicator of 199.84 billion kWh). Russian NPPs set the absolute record over the entire history of the Russian nuclear power getting closer to the absolute production record reached only during the Soviet Union times in 1989 (212.58 billion kWh, considering plants in Ukraine, Lithuania and Armenia).

Concern Rosenergoatom JSC is the leading enterprise of the Power Division of ROSATOM. The Concern is the largest generator in Russia and the 2nd in the world in nuclear generation capacities. It incorporates all 10 nuclear power plants of Russia which have the branch rights as well as companies which support activities of the generator. In total, Russian NPPs operate 35 units with the total installed capacity of 27.9 GW.