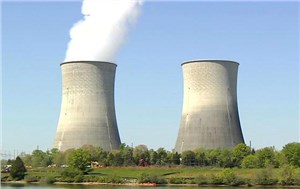 Illinois and New York approved as much as $10 billion in subsidies to keep their nuclear reactors open for the next decade, limiting emissions that would have come from new fossil fuel consumption since natural gas plants would likely replace them. Nuclear units are finding it hard to compete against low-cost natural gas. Five nuclear plants have retired over the past 5 year and several more have been announced. Even Diablo Canyon in California—a nuclear plant that the Nuclear Regulatory Commission ranks as one of the best in performance—is being shuttered after this decade supposedly to be replaced by renewable energy and efficiency programs. However, in reality, it is likely that they will be replaced, at least in part, by natural gas units as has been the case for other nuclear unit retirements.

Other states that may follow in Illinois and New York’s footsteps are Ohio, Connecticut, and New Jersey where nuclear units are providing most of the state’s carbon dioxide-free electricity. In Connecticut, the Millstone nuclear plant produces 98 percent of the state’s low-carbon power, and in New Jersey, nuclear reactors produce 97 percent.

Past and Projected Nuclear Retirements

The Fort Calhoun nuclear plant near Omaha, Nebraska was retired last year, following the retirements of Crystal River, Kewaunee, and San Onofre in 2013 and Vermont Yankee in 2014. Other nuclear plants whose owners have announced retirements include Exelon’s Clinton plant in central Illinois (by June 2017), its Quad Cities plant in northwestern Illinois (by June 2018), its Oyster Creek plant in eastern New Jersey in 2019, and Entergy Corporation’s Pilgrim plant in Massachusetts by June 2019.

in New York, the Fitzpatrick and Ginna nuclear plants could face retirement in 2018, Nine Mile Point in 2020, and Indian Point in 2020-2021. In addition, Pacific Gas and Electric announced that it will not seek license extensions for its Diablo Canyon nuclear power plant north of Los Angeles, California, retiring its two units in 2024 and 2025.

The “Future Energy Jobs Bill”, as it is called by supporters, is providing Exelon and Commonwealth Edison with a $235 Million annual credit to keep the Clinton and Quad Cities nuclear plants in Illinois operating and saving the state about 4,200 jobs. Utility officials indicated that the credit would cost residential customers with average bills no more than 25 cents per month. Nuclear power provides over 90 percent of Illinois’ zero-carbon energy.

In New York, residential customers will be paying an extra $1.50 to $3 a month, based on their electricity consumption, beginning in April as utility companies collect a state-mandated surcharge to keep three upstate nuclear power plants operating. The surcharge will cover $462 million in annual subsidies the state will pay to keep the Nine Mile Point, Fitzpatrick and Ginna nuclear plants operating. In Oswego County alone, where three of the four affected reactors are located, the subsidy will save over 1,500 jobs. The nuclear subsidies could total as much as $7.6 billion over 12 years. New York sees the subsidy as part of its plan to generate half its power without producing new carbon dioxide emissions over the next decade. New York’s nuclear plants generate about 30 percent of the state's electricity.The Indinian Point nuclear plant in Westchester County, New York, will not be receiving a subsidy because electricity prices are much higher downstate. Governor Cuomo, however, wants federal regulators to shut down Indian Point because he claims that it is unsafe to operate nuclear reactors in a densely populated area so close to New York City. But, without Indian Point, it is unclear how New York City’s demand for electricity would be met.