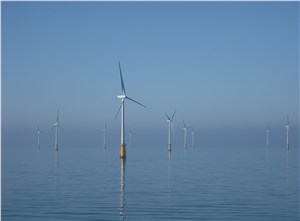 Maryland utility regulators have approved two wind farms off the coast of Ocean City—a seaside resort community. If built, these wind farms would be the largest of their kind in this country. The wind farms will receive subsidies funded through increases in residential and commercial utility bills. The projects, however, still need to obtain federal permits—a process that is expected to begin around December. If the plans are approved, one of the wind farms could be operational by 2020.

But residents of Maryland’s Eastern Shore region are worried about the wind farms’ 600-foot towers obstructing views and suppressing property values. Ocean City’s mayor, Rick Meehan, indicated that the town’s elected officials will continue to express their concerns as the permitting process moves forward to the federal level.

Maryland Offshore Wind Projects
The project owners, U.S. Wind and Skipjack Offshore Energy, will build a combined 77 wind turbines with a capacity of 368 megawatts between 12 and 21 nautical miles off the coast of Ocean City, Maryland. The projects are expected to cost residential ratepayers about $1.40 a month and commercial and industrial customers about 1.4 percent a year. The companies can sell renewable-energy credits at a price of $132 for each megawatt hour they produce for 20 years, which will help to cover the $2.1 billion estimated cost of building the two projects.

Utilities and other electricity suppliers are required to buy enough of the credits annually for Maryland to meet its goal of having 25 percent of its electricity generated by renewable sources by 2020. It is estimated that at least 2.5 percent will need to come from offshore wind.

The Maryland public utility commission is requiring the companies to create almost 5,000 direct jobs during the development, construction and operating phases of these projects; pass 80 percent of any construction cost savings to ratepayers; and invest $76 million in a Maryland steel plant, $39.6 million toward port upgrades at a shipyard near Baltimore and $12 million to the state’s Offshore Wind Business Development Fund. The projects, however, will each employ only 30 to 50 permanent, full-time employees.

U.S. Wind will receive incentives for 62 turbines, which it plans to build 12 to 15 miles off the coast of Ocean City at a cost of almost $1.4 billion. The wind farm is expected to be operational in early 2020. U.S. Wind plans to construct future phases, eventually raising the number of turbines to up to 187. U.S. Wind is a subsidiary of the Italian firm Toto Holdings SpA.

Skipjack Offshore Energy will construct 15 turbines, 17 to 21 miles off the coast of Ocean City at a cost of $720 million. The wind farm is expected to be operational towards the end of 2022. Skipjack is a subsidiary of Rhode Island-based Deepwater Wind Holdings LLC.

The Ocean City Town Council is worried about how these wind farms will affect tourism, particularly the views from high-rise condominiums. Each mile the project gets moved away from Maryland’s coast would cost another $1 million. To deal with the council’s concerns, the commission indicated that U.S. Wind is required to locate its project as far to the east (away from the shoreline) of the designated wind energy area as practical. And, both developers must use “best commercially available technology” to conceal the structures during the day and night.