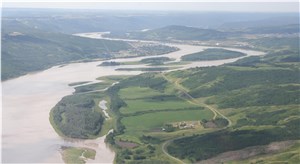 Royal Dutch Shell plc (“Shell”) today announces that the company will not continue construction of the 80,000 barrel per day Carmon Creek thermal in situ project located in Alberta, Canada.

Shell originally sanctioned the project in October 2013 and announced in March 2015 that the project would be re-phased to take advantage of the market downturn to optimise design and retender certain contracts. After careful review of the potential design options, updated costs, and the company’s capital priorities, Shell’s view is that the project does not rank in its portfolio at this time. This decision reflects current uncertainties, including the lack of infrastructure to move Canadian crude oil to global commodity markets.

“We are making changes to Shell’s portfolio mix by reviewing our longer-term upstream options world-wide, and managing affordability and exposure in the current world of lower oil prices. This is forcing tough choices at Shell,” said Chief Executive Officer, Ben van Beurden.

Shell will retain the Carmon Creek leases and preserve some equipment while continuing to study the options for this asset. The company expects to take net impairment, contract provision, and redundancy and restructuring charges of some $2 billion as a result of this decision with the third quarter 2015 results, which will be included as an identified item. The project SEC Proved Reserves estimated at 418 million barrels bitumen at end 2014 will be de-booked and the project estimated recoverable petroleum resources will be classified as Contingent Resources. Carmon Creek is 100% Shell owned.