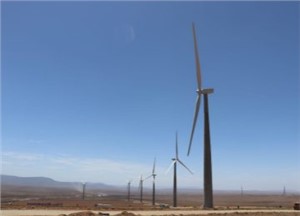 The PPAs represent the first results of a joint Request for Proposal (RFP) process initiated by Air Liquide and Sasol in April 2021 for the procurement of a total capacity of 900 MW of renewable energy, the largest corporate effort in South Africa to procure renewable energy for their operations.

The renewable energy will be supplied by two Enel Green Power wind projects, located in the Eastern Cape and have an expected annual production of more than 800 GWh.

“We are proud to partner with Sasol and Air Liquide on their sustainability journey. The deal will significantly contribute to the decarbonisation of the Secunda site, reducing CO2 emissions that arise from the oxygen production process by between 30% to 40% by 2031,” says Manuele Battisti, Country Manager for Enel Green Power South Africa.

Within the framework of the agreements with Air Liquide and Sasol, the two wind projects will be implemented through special purpose vehicles (SPVs) dedicated to each project, which will be local majority-owned.

The agreements form part of the tailored renewable energy solutions that Enel Green Power offers to commercial and industrial customers in an effort to help them achieve their sustainability goals, and furthermore, is aligned to the Stewardship Model the company has adopted as part of its strategic growth plan.

“In addition to meeting sustainability goals, purchasing energy through an Independent Power Producer allows for greater financial planning through tariff visibility and a reduction of the continuous operational risks associated with conventional energy cost fluctuations and increases that are solely based on the consumer price index (CPI),” adds Battisti.

Enel Green Power, through Enel Green Power South Africa, its wholly owned subsidiary operating in South Africa, currently operates over 1.2 GW of renewable energy via its 12 sites located throughout the country. Achieving this milestone is a significant landmark for Enel Green Power and the country, and a notable step towards helping the country meet its target of installing 17.7 GW of wind power and 8.2 GW of solar photovoltaic by 2030. Agreements with customers such as Sasol and Air Liquide are yet another step towards helping all parties involved to achieve these goals.

Enel Green Power®, within the Enel Group, develops and operates renewable energy plants worldwide and is present in Europe, the Americas, Africa, Asia and Oceania. A world leader in clean energy, with a total capacity of more than 56 GW and a generation mix that includes wind, solar, geothermal, and hydroelectric power, as well as energy storage facilities, Enel Green Power is at the forefront of integrating innovative technologies into renewable energy plants.