Norway Needs More Onshore and Offshore Wind to Keep Up With 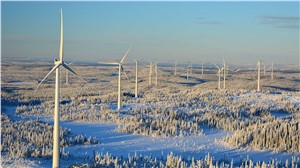 Norway is set to install 1GW of onshore wind this year, bringing it to almost 5GW – up from only 1.5 GW 3 years ago. It’s going to need still more onshore wind to help meet its expected rise in electricity consumption (from 140 TWh today to up to 220 TWh by 2050).

But the government first needs to open a new round of licensing for new onshore wind farms. It only wants to do this in a year or two. But there will need to be a new approach to community benefits and engagement. Norway’s Planning and Buildings Act now also covers onshore wind, so municipalities will be more involved in permitting than before.

Norway needs offshore wind too. And the Government has announced plans – and defined two large sites – for 4.5GW of projects: 3GW bottom-fixed and 1.5GW floating, with a view to their operating by around 2030. The seabed leasing auction for the bottom-fixed projects will take place in the first quarter of 2022. The Government wants them to be built as soon as possible, with the floating projects following later.

The electricity Norway plans to generate from its offshore wind farms is of interest to other countries around the North Sea. The Norwegian Government is considering whether some of its first bottom-fixed offshore wind farms could be “hybrids” with connections to interconnectors and other emerging hubs in the North Sea. WindEurope is encouraging the Government to consider this and to ensure that decisions are taken as early as possible on this so that projects can be developed as hybrids from the outset.

The Norwegian Government has decided not to give financial support to the bottom-fixed wind farms. But it will support the first 1.5 GW floating capacity. They haven’t yet decided on the form of that support. One option is to use the same Enova instrument that they’re using to support Tampen Hywind. They have not yet ruled out using two-sided Contracts for Difference (CfD) – WindEurope is encouraging this.

WindEurope CEO Giles Dickson said: “Norway’s got a lot of potential for the further expansion of onshore wind and for the development of offshore wind. The Government should launch a new licensing round as soon as possible for the development of new onshore wind farms with improved provisions for community benefits. And it should accelerate the implementation of its promising plans for offshore wind, both bottom-fixed and floating.”