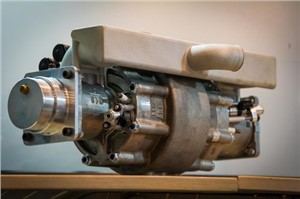 Aquarius Engines (TASE: AQUA) have received their first purchase order for generators - after a series of successful field tests in Italy. The €5M purchase came from the Italian-based Tecnoelettra, which supplies state-of-the-art power solutions to a wide range of clients, including those in the telecommunications industry.

"This purchase order is a significant first step in the realization of Aquarius Engines strategic plan. We have begun in the energy field, focused on locations challenged by logistics, maintenance, space and size. Successful implementation of this milestone will be a catalyst towards the development of additional verticals, that include: aviation, transportation and maritime. About 230 million large, polluting engines are sold to these markets every year. Aquarius Engines aims to replace them as the greener, cleaner and more efficient alternative. Our first commercial order is a sign of things to come - far beyond the energy industry, as we embark on our mission to power the world with greener engines." Said Gal Fridman, Chairman of Aquarius Engines.

The order comes after a series of successful field tests with a number of potential clients in the Northern Italian region of Bologna. The Aquarius generators will be delivered to Italy in stages from October 2022 to the end of 2023, subject to the completion of acceptance tests from the first production series by Tecnoelettra.

The Aquarius generators operate on their patented 10kg linear engine. The entire generator weighs around 100kg and requires minimal maintenance, compared to equivalents that weigh six times that amount and require regular upkeep.

Aquarius Engines has developed and produced a tiny 10kg linear engine for generating electricity, with an internal combustion mechanism. Unlike large traditional engines, the Aquarius Engine only has one moving part and converts fuel into electricity without the use of oil. Due to its size and lightweight, the engine has high mechanical efficiency that allows for low emissions and low pollution.

The Aquarius Engines  Generator is currently undergoing field tests in North America, Europe, Asia, and Australasia. Aquarius Engines recently announced partnership deals with Nokia in the field of remote communication and energy equipment management in addition to establishing a subsidiary in Tokyo and partnering with Japanese auto-parts manufacturers TPR and Honda-affiliate Musashi Seimitsu.

Aquarius Engines has manufacturing and development centers in Israel, Germany, and Poland. Gal Fridman is Chairman and Ariel Gorfung is CEO of Aquarius Engines.