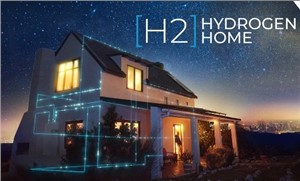 Southern California Gas Co. (SoCalGas) today announced it has begun purchasing renewable electricity under Southern California Edison's (SCE) Green Rate Program everywhere the gas utility is eligible for service by SCE. Including this new arrangement, SoCalGas estimates that it will purchase nearly 53.7 million kilowatt hours of power from renewable sources each year, reducing greenhouse gas emissions by 38,000 metric tons annually, the equivalent of taking more than 8,000 gasoline-powered cars off the road each year.

This electricity is instrumental in powering a gas infrastructure that serves SoCalGas's 22 million customers today and can distribute cleaner fuels in the future. A total of 69 operating facilities, representing more than 80% of all electricity demand at these facilities, will now use renewable power from the electrical grid. This purchase places SoCalGas among the largest SCE renewable energy customers. SoCalGas has made plans to enroll its remaining eligible facilities and buildings in a similar renewable power program by the end of the year.

"Increasing our usage of 100% renewable grid power at our operating facilities is part of SoCalGas's goal to achieve net zero emissions in our operations and delivery of energy by 2045," said Jawaad Malik, SoCalGas vice president of strategy and sustainability. "A clean energy future will require the continued integration of the electric and gas grids to achieve the clean, reliable, and affordable power that California demands."

"Our Green Rate Program was designed for climate leader customers like SoCalGas, who want to reduce greenhouse gas emissions associated with electricity use while contributing to a cleaner, healthier environment," said Mike Marelli, vice president of SCE's Business Customer Division. "Working together with SoCalGas in this leadership role will help contribute to a clean and affordable energy future for all."

"SoCalGas switching their eligible facilities to 100% renewable grid energy is a commendable action that will help reduce the state greenhouse gas emissions, and sets an example for companies across the nation who will play a vital role in meeting our ambitious climate goals," said Assemblymember Chris Holden, Chair of the Assembly Utilities and Energy Committee.

As part of its climate commitment released in March 2021, SoCalGas announced a goal to achieve net zero energy for its newly constructed buildings and major renovations of buildings over 10,000 square feet by 2025 and 100% of its buildings by 2035.