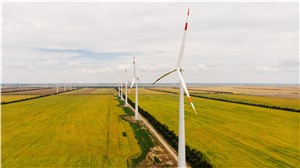 The Bondarevskaya Wind Farm with an installed capacity of 120 MW consists of 48 wind turbine generators. Local content of facility equipment, as confirmed by the Ministry of Industry and Trade of the Russian Federation, amounts to 68 %.

“The Bondarevskaya Wind Farm is our third completed project in the Stavropol Krai. Thanks to the active assistance of the Governor’s office in the Stavropol Krai, the region has indeed become a flagship in wind energy projects implemented by Rosatom. Our projects and cooperation of a large team resulted in diversified fuel balance of the region, creating new jobs and an enabling environment for the development of production facilities with a low carbon footprint. In aggregate, in two years, we have already commissioned 660 MW of wind power capacity. At present, we are simultaneously carrying out construction of two more wind farms with a total capacity of 120 MW,” noted Aleksandr Korchagin, CEO, NovaWind JSC.

By the end of 2021, NovaWind JSC plans to commission one more wind farm in the Stavropol Krai with a total capacity of 60 MW.

Until 2024, Rosatom will put into operation approximately 1.2 GW of wind generation capacity.

Tell a friend:
The First Kilowatts from the Bondarevskaya Wind Farm Entered the Power Grid of Russia