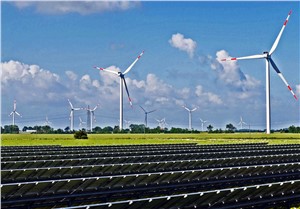 ReNew Power ("ReNew" or "the Company"), India's leading renewable energy company, today announced that it has signed a Power Purchase Agreement (PPA) for Round-The-Clock (RTC) electricity supply, the first-of-its-kind in India. The PPA is with the Solar Energy Corporation of India (SECI), a Central Government owned entity, which has an AA+ domestic debt rating by ICRA, a subsidiary of Standard & Poor's.

ReNew had won the bid to supply Round-The-Clock power in 2020 through an auction conducted by SECI. As per the contract, ReNew Power will supply electricity in the first year at ? 2.90/kWh (~US 3.9¢). This tariff will increase by 3% annually for the first 15 years after which it will stabilise for the remaining 10-years of the 25-year contract.

The project will be designed to operate at an 80% average annual plant load factor (PLF) and will have a minimum capacity utilisation factor of 70% monthly, despite being a renewable energy project. As a typical solar/wind firm power renewable energy project in India has a lower PLF depending on site and technology selection, ReNew Power anticipates the 400 MW RTC project will require 900 MWs of wind capacity, 400 MWs of solar capacity, which will be supplemented by battery storage, for a project cost of approximately US$ 1.2 billion.

Speaking about the execution of PPA, Mr Sumant Sinha, Founder, Chairman and CEO of ReNew Power, said, "With the signing of this PPA, ReNew Power and the Indian renewable energy sector has taken a historic step towards addressing intermittency of renewable power generation. We are pleased to sign this agreement which allows us to provide a value-added product to the electricity grid and offers us a competitive advantage for all such future bids. The government's bold vision and ReNew's technological ingenuity and execution prowess will ensure that this project will soon start feeding stable, clean and low cost power into the grid. I am confident, that this is the beginning of a new era in the renewable energy sector."

Speaking on this occasion, Shri J N Swain, MD SECI, said, "This PPA is a significant step forward to not only meet the 175 GW renewable energy target of India but also usher in a dispatchable renewable energy regime in the electricity sector. This is also a momentous occasion for SECI as under this single project, 400 MW renewable energy Round-The-Clock (RTC) capacity will result in the deployment of 1,300 MW of wind and solar capacity and a large-scale battery storage system in the country. With this project, procuring utilities would get round-the-clock electricity supply from renewables at a very affordable rate while meeting their RPO targets. Innovative projects like this will be the future of renewable energy in the country."

ReNew Power will set up this capacity through wind and solar farms across Karnataka, Maharashtra, and Rajasthan where ReNew has obtained requisite approvals to connect the project sites with the grid and has secured connectivity through the inter-state transmission system.