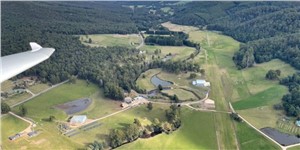 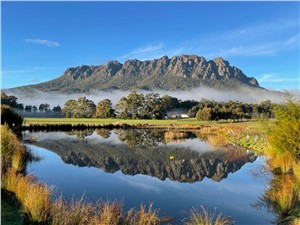 Redflow’s largest investor and software architect Simon Hackett has announced that he is doubling the size of the solar array that harvests solar energy for the Redflow battery energy storage system at his farm in northern Tasmania.

In a recent blog on his personal website, Simon reports that an additional 100kWp solar array is currently under construction, bringing the total solar PV array to 200kWp. “Tasmania is interesting as a solar power deployment area because it has the distinction (due to being a long way south!) of being the best place in Australia for solar production in summer and the worst place in the country for solar production in winter,” said Simon.

“That’s why we are now in the midst of doubling the size of the solar array. Once we have done so, we will have a system that (even in mid-winter) can supply all of the on-site energy demands of the property on most days, without drawing any grid energy at all.

“The system stores surplus energy in Redflow zinc-bromide flow batteries. This is a product that I have had a lot to do with over a long period (including as an investor in the company and as the architect of the Redflow Battery Management System). These batteries have a lot of advantages, compared to using lithium batteries, for stationary energy storage applications such as this one.

“Our plan is to progressively eliminate the use of diesel on the property entirely by running electric 4WD vehicles, electric tractors, and electric excavators as they become available on the Australian market. The beauty of the large on-site solar array is that all of these vehicles can be charging directly from on-site solar generation when they are not being driven.”