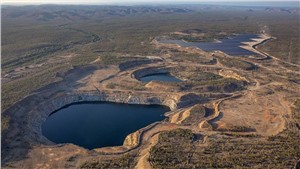 Genex will go it alone to provide the equity needed for the massive Kidston pumped hydro energy storage project in north Queensland, announcing a $115 million share issue to raise the remaining funds after a deal with a potential equity partner fell through.

In a statement to the ASX on Wednesday, Genex said that it would raise $90 million through an offering of shares to institutional investors, and through an 11-for-20 share offering to its existing shareholders.

Major Genex shareholder, Japanese utility J-Power, will make a further $25 million equity investment into the company as part of the capital raising, further increasing its stake in Genex.

The size of the equity raising is significant for a company with a market capitalisation of around $135 million, but represents its determination to finalise finance the project, which has already suffered several major delays.

Genex had been in negotiations with a potential equity partner, offering a 50 per cent stake in the Kidston project, but has turned to the market – and the issue of 450 million new shares – after the equity deal fell through.

The announcement closes off a five years of negotiations between Genex and its potential project partners, which has seen financial close on the project repeatedly delayed as the company worked through unresolved issues.

In a separate announcement on Wednesday, Genex said that it had also received an offer of $47 million in grant funding from the Australian Renewable Energy Agency, which will also be used to fund the construction of the pumped hydro storage facility.

ARENA had previously provided grant funding to support the early development work for the Genex project, which will establish a 250MW/2,000MWh pumped hydro energy storage facility at the site of two dis-used gold mine pits.

Genex intends to develop wind and solar generation facilities that will be co-located at the Kidston site and has already completed the construction of the 50MW Kidston stage 1 solar project.

Genex said that ARENA had waived its right to recoup an earlier development grant of around $9 million, which had given ARENA the right to convert into shares in the Genex company, effectively cancelling the potential ownership stake from Genex’s balance sheet.

Combined with the $47 million grant from ARENA and the previously secured $610 million loan from the Northern Australia Infrastructure Facility, and the new capital raising, Genex said that it would have the $777 million in funding required for the construction of the pumped hydro project.

“More importantly, to be in a position to finance the Project on a 100% equity basis and retain full ownership and control of the asset is a favourable outcome for Genex and its shareholders.”

Genex said that the construction of the pumped-hydro project would cost an estimated $583 million, with $111 million to be spent on connecting the project to the transmission network. A remaining $83 million in funds have been set aside for financing costs and project contingency.

Harding added that both the past and new ARENA grant funding have been crucial for the Kidston project to proceed.

“The $47M Project Grant is a critical funding source for the project financing which, in combination with the conversion of the existing $9M ARENA Development Funding into a non-recoupable grant, will enable the Project to proceed to financial close and commencement of construction in the coming period,” Harding added.

“This is a landmark project for all involved and paves the way for renewables to play a larger role in Australia’s electricity grid. Genex will be delivering the first pumped hydro project in Australia since 1984 and the first to be used solely for energy storage and generation rather than water management,” Miller said.

“Large scale storage will play a key role in ensuring security and reliability of Australia’s electricity system as we transition to renewables. Pumped hydro is expected to be a key technology enabling us to store abundant solar and wind energy when it is available and dispatch this energy back into the grid during the evening and other times of peak demand, so it is imperative these projects get underway.”