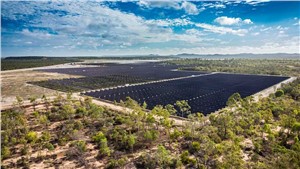 Genex is to accelerate its plans for a big battery project in central Queensland, after announcing a $28.3 million share placement that will be used to help fund the Como Battery project.

Most of the $28.3 million in new shareholder funds, sought from a mix of small and large investors, will be applied towards fast tracking Genex’s Como Battery Project, which will include a 50MW/75MWh big battery near Rockhamption in central Queensland and will compete with the larger 100MW/150MWh Wandoan battery to be the first mega battery in the state.

The Como battery is set to sell into FCAS markets, as well as looking to arbitrage peak/off-peak energy prices, with Genex currently aiming to have the battery operational before the end of 2021. It has already commenced network connection applications with Powerlink.

Genex executive direct Simon Kidston told RenewEconomy that the company is currently assessing a short list of possible battery suppliers, which have responded to an earlier request for tender, with construction expected to commence by Q2 2021.

The battery storage project represents the next stage of Genex’s expansion approach, particularly into energy storage projects, with the company already operating the 50MW Kidston solar farm in Queensland and the 50MW Jemalong solar farm which is currently under construction in New South Wales.

In addition to the Como battery project, Genex will look to sign off on financial closure for the Kidston 2 pumped hydro storage project, for which Genex has already secured most of the necessary development finance. It is still seeking to land and announce the final equity component of that project before it can go ahead with that $600 million project.

As part of the $28.3 million capital raise announced on Monday, Genex says it has received commitments totalling $21.3 million in new shareholder capital through the placement of new shares to existing and new sophisticated and institutional shareholders.

Genex will look to raise a further $7 million in funds through an additional share placement that will provide all current shareholders the opportunity to purchase new shares at a discount of around 17 per cent on the value of Genex shares prior to entering a trading halt last week.

The latest share placement comes just a week after Genex secured a $25 million share purchase commitment from Japanese utility J-Power, which will be used towards the Kidston pumped hydro energy storage project.

In a statement to the ASX, Genex said that it was excited about the expansion of its project portfolio, particularly in light of its opportunity to fast track the development of the Como Battery, as well as the overwhelming response from investors.

“Genex is delighted wit the strong response to the placement and would like to acknowledge the support shown by existing and new investors to the company’s strategy of growing cash flows from its expanding portfolio of diverse renewable energy and energy storage projects across Queensland and New South Wales,” Genex CEO James Harding said.

For Genex, the fast-tracked completion of a big battery project for Queensland will help to further transition the company from a period that has primarily focused on project development, to a new phase of project operation and increased cash flows.

“We are particularly excited about the development potential of the Como Battery project in Queensland, with the funds raised from the placement and share purchase plan to be used to fast track the delivery of this strategy to potentially see it contribute to our revenues during the next calendar year.”

“This capital raising is being undertaken alongside the previously announcing financing strategy for the K2-Hydro project – with the equity requirement for this project to be funded via the proceeds of the [share subscription agreement] with J-POWER and existing cash reserves together with a direct project equity investment through a project equity partner,” Harding added.

Genex said that it expected to complete financial close on the Kidston 2 hydro storage project in September, which will utilise a former mining site to establish 250MW/2000MWh of storage capacity in Queensland.

Morgans Corporate, Euroz Securities and Canaccord Genuity have assisted Genex in managing the investment round.