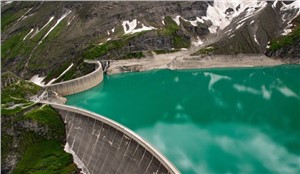 Recent years have seen energy storage installations dominated by lithium-ion battery technology around the world. But pumped hydro, for decades the only utility-scale storage asset available, and still the leader with 95 percent of storage’s global capacity, isn’t giving up just yet.

This week, the International Hydropower Association and the U.S. Department of Energy announced an alliance of 11 national governments and more than 60 organizations to speed up the development and deployment of pumped hydro projects around the world.

Such projects typically involve multimillion-dollar budgets and years of work, and in many markets permitting is getting harder because of a lack of suitable locations.

Because of this, “It isn’t easy to build new projects,” said Alejandro Moreno, director of hydropower and marine energy at U.S. Department of Energy, at a Tuesday event launching the alliance.

Another reason why pumped storage installations have stalled is that the business model that has sustained projects until now is being weakened by changing market dynamics.

In Switzerland, for example, pumped hydro plants used to make money by storing cheap nighttime electricity inflows from French nuclear power plants that could then be sold to other neighboring countries, such as Germany, to meet daytime peaks.

Nowadays, though, Germany’s grid is often flooded with wind or solar energy, wiping out demand for Swiss pumped hydro capacity.

As a result, “New pumped storage is not a commercial proposition today,” said Benoit Revaz, state secretary and director of the Swiss Federal Office of Energy.

The U.S. DOE is already leading on several of these areas, according to Daniel R. Simmons, assistant secretary at the Department’s Office of Energy Efficiency and Renewable Energy.

An example is HydroWIRES (‘Water Innovation for a Resilient Electric System’), an initiative which, among other objectives, is looking to quantify the value of pumped hydro as the electricity system evolves.

Pumped hydro is already the cheapest energy storage technology in the world in terms of cost per installed kilowatt-hour of capacity. Total project costs range between $106 and $200 per kilowatt-hour, compared to between $393 and $581 for lithium-ion batteries, World Bank figures show.

But that’s still not good enough to get pumped hydro projects off the ground, Simmons said at Tuesday’s event. “One of the things we want to emphasize is value is more than LCOE [levelized cost of energy]. LCOE is not a full conception of value to the grid. That’s something we need to work on.”

Technical assistance for new, retrofitted pumped hydro
Step one has been the development of a pumped storage valuation guidebook that helps developers, owners and operators assess the value of hydropower projects.

The guide has already been used in two proposed U.S. projects — Absaroka Energy’s Banner Mountain plant and GridAmerica’s Goldendale energy storage project — Simmons said. DOE plans to publish the guidebook and two case studies outlining its methodology and results by the end of 2020, he said.

DOE is also planning to issue a notice of opportunity for technical assistance that will allow hydropower decision-makers to use DOE national laboratory research and resources for cost-benefit analyses around adding storage capabilities to existing hydro projects.

“Any time you are touching water it's really challenging," he said. Environmental groups have been pressing federal agencies to consider tearing down hydropower dams in the U.S. for decades, although the efforts have yet to overcome opposition to losing these vital clean energy resources.

A global effort
Beyond technical and regulatory work, former Australian Prime Minister Malcolm Turnbull, the political architect of Australia’s 2-gigawatt Snowy Hydro 2.0 project, suggested the hydro industry had to up its game regarding public perception.

“We need to get pumped hydro onto the front page with strong, informed advocacy,” he said in a prerecorded video link.

The launch of the forum, which happened as U.S. citizens streamed to vote in an election that could shape global energy trends, brought together government representatives from nations such as the U.S., Brazil and India, along with companies such as EDF, GE and Voith.

The World Bank promised to fund new developments worldwide, with Demetrios Papathanasiou, South Asia region manager at the bank’s energy and extractive global practice, saying: “We're committed to looking at these opportunities. We can provide the right type of financing.”

Dr. Matthew Stocks, of the Australian National University’s College of Engineering and Computer Science, said at the event, “it's going to be up to this forum to deliver on the potential of pumped hydro.”

“Over the last few years there has been more than 100 gigawatts of solar installed every year around the world, and 50 to 60 gigawatts of wind. You’re going to see a need for storage that is at that sort of scale moving forward.”