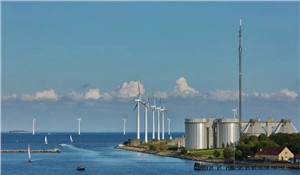 Paul-Frederik Bach, a former transmission system operator executive, started tracking European wholesale electricity prices on his blog in 2014. He used a colored map for different price bands. By 2016, he told GTM, prices in some markets had risen so much “I had to invent new colors.”

This tale underscores a vexing problem for the energy transition in Europe. While renewables’ levelized cost of energy (LCOE) is going down, and the proportion of renewables on many grids is growing, wholesale electricity markets don’t seem to be getting any cheaper.

Across the European Union, the average quarterly wholesale electricity price rose by almost 20 euros per megawatt-hour between the fourth quarter of 2015 and the same period in 2018, according to European Commission data compiled by Bach.

But over the same period, the share of renewable resources in gross electricity consumption rose from 28.8 percent to 32.1 percent across the EU and the U.K., Eurostat figures show. That’s despite the fact that renewable generation is increasingly contributing to low or even negative pricing on spot markets.

So what is going on?

The disconnect between cheaper renewables and wholesale energy markets
There are several factors to consider. First, renewables still account for a relatively small proportion of overall electricity generation across Europe. Second, recent LCOE reductions from the newest solar and wind projects may not outweigh the costs of clean energy from older plants subsidized through support mechanisms such as feed-in tariffs.

A further explanation, familiar from the anti-renewable playbook, is that the variable output of wind and solar plants has to be balanced by the frequent, rapid ramping up and down of fossil-fuel generators, which adds to electricity costs and carbon emissions.

“Whichever plant was required to meet the last megawatt of demand is the price-setting technology,” said Tom Edwards, senior modeler at Cornwall Insight, in an email. While low-cost renewables offset a certain portion of the grid’s needs, it’s still fossil fuel-fired plants setting the marginal costs,

As for falling spot prices, low-cost resources such as wind and solar power tend to have the greatest impact on those short-term markets, largely from changing weather patterns, Edwards said. This has led to a steady year-on-year increase in negative pricing on day-ahead markets, leading energy suppliers to hedge their exposure to price volatilit - and hedging adds to cost.

Therefore, customers are less likely to see a wholesale price reflective of the real-time value of energy. But even if wholesale prices aren’t yet feeling the effect of low-cost renewables, surely that will all change over time?

The costs of renewable-driven grid infrastructure needs
As state support gives way to market pricing and the grid is increasingly dominated by zero-marginal-cost generation, wholesale market costs should start to fall. But this theory doesn’t convince everyone, including Bach.

Although he stressed that he does not make predictions, Bach doesn’t see renewables growth leading to cheaper wholesale prices.

That’s because switching from fossil fuels to renewables means “you need more transmission grid for the transport of electricity,” which will weigh on wholesale prices for the foreseeable future.

Transmission infrastructure buildout typically lags behind renewables deployment by several years, which is already causing problems in Germany, Europe’s largest energy market. The relatively low capacity factors of wind and solar compared to legacy plants — a reflection of their intermittency — will require more transmission capacity to manage the resulting fluctuations in electricity supply.

With renewables, “transmission and distribution costs are skyrocketing,” Hugh Sharman, Denmark-based principal at energy consulting firm Incoteco, said in an interview. “The generators or the distribution and transmission people are going to have to cough up.”

How low marginal-cost renewables disrupt market paradigms
Assuming grid costs are kept in check, many observers feel the growing penetration of renewables will ultimately bring down wholesale prices. For now, the only European market where this appears likely to happen is in Spain, Werner Trabesinger, head of quantitative products at Pexapark, a power purchase agreement (PPA) software vendor, said in an interview.

But elsewhere “we're headed in that direction,” he said. That may be welcomed by consumers, to the extent that this is reflected in falling retail prices, which to be clear are subject to numerous regulatory add-ons that aren’t directly linked to wholesale energy prices.

But eventually, this trend could pose a problem for decarbonization, by making it harder to justify private sector investments in renewables. If wholesale pricing were to eventually fall below the LCOE of new wind and solar projects, “in the absence of any subsidies, you have no guaranteed revenue anymore,” Trabesinger said.

This raises the specter of renewable energy cannibalizing its revenues as penetration increases. In some power markets, project developers are already facing year-to-year revenue fluctuations of up to 30 percent, making it tough to find financing for merchant plants, he said.

More volatility of this nature increases risks for project lenders or investors, explained Edwards at Cornwall Insight. Eventually, the resulting rise in capital costs could increase projects’ LCOE even as the underlying technologies grow cheaper.

“There will need to be market design reform to address the issue of lower marginal cost generators eroding their case for investment,” he said.

In an October insight paper, Cornwall Insight concluded that energy-only markets might need to move to a so-called energy floor price model, which guarantees a minimum price for each megawatt-hour produced via competitive tenders. This could boost investor confidence, retain the dispatch efficiency of today’s markets, and be “relatively easy to implement in comparison to other solutions,” it concluded.

Jonas Corné, CEO and founder of asset management software developer Greenbyte, agreed that today’s European electricity markets were in need of review, but suggested that a more fundamental change might be needed.

“I don't think energy markets function as markets,” he said in an interview, particularly for an energy system bent on decarbonization. If carbon taxes on fossil-fueled generation had been built in from the start, Europe’s energy systems would already be fully renewable, he said.

But if renewable generators that bear no marginal fuel costs end up becoming the market’s primary suppliers, “electricity is going to be free,” he said. “I realize companies owning assets need to make money. I just don't think they're going to be making money off selling electrons. I think it's going to be from selling more specific services that will be needed to support the grid.”