Can US Lawmakers Agree on Big Climate and Clean Energy Legislation? 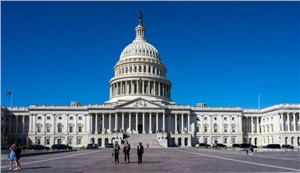 Most U.S. voters now favor action on climate change. But even if November brings a win for Joe Biden, who has vowed to transition the country’s electricity system to carbon-free sources by 2035, significant policy changes are far from a given.

Enacting climate and clean energy legislation is expected to be a bitter fight, even if Democrats are able to win control of the White House and Congress. Republican Sen. Lisa Murkowski and Sen. Sheldon Whitehouse, a Democrat, acknowledged those challenges during a Wednesday event hosted by Stanford University. They also highlighted areas where they hope legislators can turn consensus into actual law.

Murkowski and Whitehouse said agreement exists on research and development for technology and investments in infrastructure. Both Senators floated a price on carbon, even though lawmakers on both the right and the left are skeptical of that policy tool. This year Murkowski also introduced a bipartisan energy bill, but it hasn’t been able to get across the finish line.

Democrats have, however, largely coalesced around decarbonizing the economy. In the next Congress, if Democrats want to pursue significant climate action but are unable to get colleagues across the aisle on board, Whitehouse pointed to avenues like the budget reconciliation process. That would allow Democrats to pass budget-related items — Whitehouse used a carbon price as an example — through a simple majority.

Murkowski rejected “partisan tools” like reconciliation and eliminating the filibuster as short-term solutions.

“It will be the [Affordable Care Act] all over again,” she said. “I don’t want things to be so whipsawed that they move back and forth between who is in control in the Congress and who is in control of the White House. If we’re really going to address the reality of climate change it has to be enduring climate policy.”

So far, Congress hasn’t proved it can pass that.

Getting Congress to Act
Historically, Congress has done little to act on climate change, even when given the opportunity.

During the Obama administration, the president and Democratic lawmakers prioritized the Affordable Care Act. Congress also passed significant support for clean energy in the American Recovery and Reinvestment Act, but new investment will have to be much more significant to spur the energy transition advocates are pushing for.

In recent years, Congress has also largely declined to extend renewable energy tax credits — offering wind only one additional year as part of a 2019 spending deal — even though those credits have bipartisan support.

Biden has made climate change a campaign priority. But to get lawmakers to act in the next Congress will require significant pressure from those who have the most influence in the Capitol, said Whitehouse.

For now, that often means corporations, not voters. And even companies that purportedly support renewables, such as big tech companies, have been largely absent in federal lobbying for legislation supporting those policies. Whitehouse called the U.S. Chamber of Commerce “one of the worst, if not the worst, climate obstructors in America.”

“Corporate America has either not shown up or shown up on the wrong side of this issue for a long, long time now,” Whitehouse said, pointing to a recent congressional priority document that omitted renewables and climate change that was distributed by TechNet, a lobbying organization with member companies such as Apple, Microsoft and Google. All three of those companies have set significant corporate renewables goals.

On Wednesday, Whitehouse did suggest the corporate outlook may be changing as companies face more pressure from activists and customers. Murkowski said Republicans are also coming around to “common sense climate policies.”

But Murkowski, chair of the Senate’s energy committee, still supports oil and gas production, as does the Republican party at large. No matter the outcome of the 2020 election, it’s unclear if lawmakers can sufficiently bridge those policy gaps fast enough for the U.S. to contribute to keeping warming below 1.5 degrees Celsius, the cap scientists have set to avert the most horrific effects of climate change.

Tell a friend:
Can US Lawmakers Agree on Big Climate and Clean Energy Legislation?