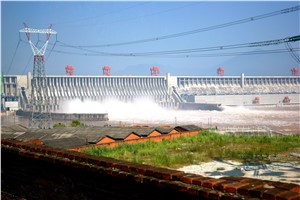 In a landmark decision today, the New York Department of Public Service voted to expand the state's Clean Energy Standard in order to accelerate the decarbonization of the electricity grid. In doing so, New York authorities recognize that all types of hydropower, including hydropower from Québec, are clean and renewable sources of energy that are able to help the state meet its climate change goals.

Today's decision creates an additional category entitled "Tier 4" under the Clean Energy Standard. Under the new Tier 4, existing hydropower is eligible for renewable energy credits when it is delivered directly into New York City.

New York has set some of the most ambitious decarbonization targets in the United States: powering the state with 70% renewable energy by 2030, and ensuring 100% renewable energy on the grid by 2040. However, about 70% of Downstate New York's electricity needs are currently met by burning fossil fuels. After the closure of the Indian Point nuclear power plant in 2021, 86% of Downstate electricity needs would be met by burning fossil fuels.

Currently, because of transmission constraints, Hydro-Québec can only deliver energy into Upstate New York, which already has a high renewable energy supply. With today's decision, the extensive environmental and reliability benefits of a new transmission interconnection between Québec's hydropower system and New York City will be made possible.

"We are very encouraged by this decision," said Sophie Brochu, CEO of Hydro-Québec.  "We're already helping the state reduce its emissions through our exports, but we can do much more with a new transmission interconnection, to decarbonize New York City: today, through large volumes of clean energy that will replace fossil fuels, and in the future as a balancing source for wind and solar located in New York."

A solicitation under the new Tier 4 will be launched within 60 days. Hydro-Québec intends to participate, and will offer its full support to New Yorkers in achieving their decarbonization goals.