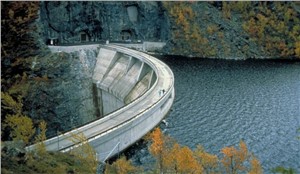 Hydropower, the world's largest source of renewable electricity, could begin using environmental, social and corporate governance (ESG) measures to bolster project financing from the end of this year.

The hydro sector has had a voluntary ESG code of practice in place for the past decade. But the industry's criteria may soon be used for green bond financing under a scheme being developed with the Climate Bonds Initiative, an international, investor-focused not-for-profit body.

The application of the hydropower criteria to the climate bonds standard and certification scheme has been under review since 2019. “By the end of the year, it’s expected that hydropower will have to pass an ESG gap analysis to be eligible for climate bonds,” said Joao Costa, head of sustainability at the International Hydropower Association (IHA).

The move comes amid growing investor scrutiny of environmental, social and ethical standards.

Hydropower sector grapples with environmental challenges
Clean energy projects and developers are frequently a focus of ESG programs because they can help corporations that want to improve environmental performance by reducing emissions. But large energy infrastructure projects such as those frequently undertaken by the hydropower industry can also have significant adverse ESG impacts.

In the past, “hydro has had to struggle with a reputation issue," Costa acknowledged.

Around 2005, the sector began working with stakeholders such as the World Wildlife Fund, Oxfam, the World Bank and others on an ESG framework that hydro developers could adopt to demonstrate best practice. The Hydropower Sustainability Assessment Protocol, launched in 2010, was a major step forward for the sector. It covers 26 topics, from community communications and consultation to infrastructure safety and resettlement issues.

Costa said the protocol had delivered some major ESG gains for the hydropower sector, for example by encouraging developers to create biodiversity corridors and natural parks to offset the environmental impact of projects.

However, the level of uptake has been uncertain at best. While hundreds of new hydro projects have come online worldwide since 2010, only around 30 have officially applied the protocol, Costa said. “It’s being used unofficially dozens of times,” he added.

ESG, even for renewables
The IHA has been working to address this low level of uptake for the last three or four years, mainly by reducing the complexity of the process that developers have to apply.

The result is a much simpler checklist which forms the basis of the scheme being pondered by the Climate Bonds Initiative. As well as helping to mobilize cash for hydro projects, the checklist could be applied to other renewable energy industries.

One early adopter of the methodology has been the geothermal industry. In 2018, the Icelandic geothermal developer Orka náttúrunnar announced it had used a sustainability assessment protocol based on the hydro model to rate the impact of its Hellisheiði Power Station, near Reykjavik, Iceland.

Costa said the IHA would be launching a consultation this year on whether its ESG protocol could be turned into an industry standard for energy projects, potentially to be issued from next year. Initially, the standard would be applied to hydro and geothermal projects, although there is no reason why other renewable energy industries could not embrace it.

Tim Norman, U.K. director and vice president for offshore at Niras, an international engineering consultancy, said ESG was playing an increasingly large role in investor decisions, even in ostensibly beneficial sectors such as renewable energy.

“Investors in wind are now increasingly concerned about their [ESG] agenda,” Norman said in an interview. “It’s more than CSR [corporate social responsibility]. It’s criteria that investors use to evaluate acceptability of investments."

“These companies are divesting out of hydrocarbons and other damaging activities and would like to see renewables as a very positive investment target. But they are very concerned about the actual ESG position," Norman said.