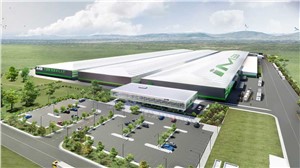 The ASX-listed Magnis Energy Technologies has raised $7.65 million through an oversubscribed capital raising, to fund preparatory work for planned battery gigafactories in Townsville and New York.

After placing the company’s shares into a trading halt on Wednesday, Magnis announced that it had successfully undertaken the $7.65 million share placement, attracting strong interest from new and existing shareholders.

The company said the share placement was oversubscribed, having received offers from Australian and international investors from institutional and sophisticated investors. The company was pleased with the high level of support shown through the successful share placement.

“The strong support is highly encouraging and it is great to welcome several institutional investors as shareholders as we work towards achieving our major milestones,” Magnis chairman Frank Poullas said.

Magnis added that newly appointed executive director James Dack had made a $500,000 investment in the company, which will be subject to shareholder approval.

The company issued 45 million new shares at a price of 17 cents per share, representing around a 10 per cent discount on the share price when the trading halt was instigated.

“The funds will be used for working capital purposes and to advance all projects with the focus on being on near-term cell manufacturing from our majority owned lithium-ion battery plant in New York, along with our exciting battery technology programs,” the company said in a statement.

The company recently completed a feasibility study into a potential battery gigafactory in Townsville in Queensland, which had been supported by a $3.1 million funding grant from the Queensland government. The feasibility study found that an investment in a Townsville based battery factory could prove highly profitable, while also creating more than 1,100 long-term jobs in the region.

The $3 billion Townsville battery factory would an unprecedented investment in Australian battery manufacturing capabilities, and the project has secured NAB as a financial advisor. The company hopes to make a financial investment decision on the Townsville plant by mid 2021, with first commercial production of batteries by the start of 2024.

The factory would have an annual production capacity of 15GWh of battery storage.

Magnis said that the feasibility study showed that massive factory plans were feasible, and that it would progress discussions with potential investors before making a final investment decision on the project.

Magnis is already progressing plans for a battery gigafactory project in New York, where the company will work with a wider consortium to commercialise the Generation 1 Charge CCCV lithium-ion battery.

The company recently announced successful results from testing of the battery, which showed the battery has high potential for ultra-rapid charging, with the ability to achieve an 85 per cent state of charge within just six minutes.

Magnis hailed the results as ‘game-changing’ for the electric vehicle market, and followed a life-cycle assessment commissioned by the New York State Energy Development and Research Authority (NYSERDA) which found the Generation 1 Charge CCCV lithium-ion batteries to be amongst the most environmentally sustainable.