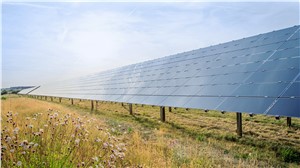 Bosch further improves ecological quality of carbon neutrality
Besides renewables, Bosch is investing above all in energy efficiency at its own locations in order to realize carbon neutrality. From now until 2030, the company intends to further improve the ecological quality of its carbon neutrality by gradually ramping up these two measures. As an effective short-term lever, Bosch is also purchasing green electricity from existing plants and fully offsetting unavoidable carbon emissions through selected climate-action measures. “In 2020, the share of carbon offsets will be far lower than projected. In other words, we are making faster progress than we expected in further improving the quality of the measures we take,” Denner said. Bosch intends to significantly increase the share of renewables in its energy consumption. The three new long-term agreements for PV electricity are moving the company toward achieving this goal; they are also driving the energy transition forward. In total, Bosch emitted around 1.94 million metric tons of CO2 worldwide in 2019 (Scope 1+2) – already about one-third less than in the previous year.

100,000 megawatt hours from new photovoltaic parks
The contracting parties RWE, Statkraft, and Vattenfall will each supply Bosch exclusively from newly constructed plants. Electricity from the three suppliers’ subsidy-free photovoltaic parks will be transported through the public grid to be consumed at Bosch locations in Germany. From 2021 onward, this will cover a total annual volume of more than 100,000 megawatt hours – equivalent to the annual electricity consumption of up to 30,000 private households or 70 percent of the electricity consumption at the Bosch site in Feuerbach. Under optimum photovoltaic conditions, the maximum output will be sufficient to cover the entire electricity requirements of the plants in Feuerbach, Homburg, and Bamberg simultaneously, at least for a few hours. The long-term contracts replace part of Bosch’s green electricity purchases and have a duration of between 12 and 16 years. Statkraft has already been supplying power since May.

The Bosch Group is also aiming to sign such long-term contracts outside Germany. In Mexico, for example, the company already covers up to 80 percent of its energy demand with such new clean power. Many of the Bosch locations there get electricity from a newly constructed wind farm belonging to the energy group Enel, which generates some 105,000 megawatt hours per year. The partnership with Enel is due to run for 15 years.

From solar to hydrogen: covering energy demand with in-house power generation
In addition to exclusive purchases from renewable energy sources, Bosch is expanding its in-house power supply: the company currently generates some 60,000 megawatt hours per year from almost 50 photovoltaic systems at its own sites. Bosch’s Nashik site in India is home to the largest plant of this kind in the Indian automotive industry. In total, Bosch plans to expand its on-site renewable energy supply to 400,000 megawatt hours by 2030. A photovoltaic system at Bosch’s Hemaraj plant in Thailand, scheduled for completion in 2020, will generate 1,300 megawatt hours of electricity per year.

Furthermore, Bosch operates projects for power generation through hydropower and biomass. New approaches such as heat and electricity from hydrogen are also part of the energy supply. Last year, the prototype of a stationary fuel cell developed by Bosch was put into operation at the Homburg and Bamberg sites. The fuel cell now covers peak electricity demand. In Salzgitter, Bosch is working with the Fraunhofer Institute and other local companies to establish a center for hydrogen, known as the Hydrogen Campus, which is funded by the city as well as the state of Lower Saxony. At the Bosch training center in Wernau, a fuel cell pilot plant based on solid-oxide fuel cell (SOFC) technology was commissioned at the end of June. A beacon project is in development in Thuringia, at the Bosch plant in Eisenach: by 2022, the plant intends to meet its electricity requirements through in-house power generation from photovoltaic systems and exclusive purchases of electricity from wind power, while minimizing demand through sophisticated energy management based on artificial intelligence.