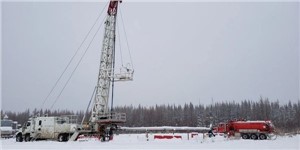 Cycle Energy Industries Inc. is pleased to report it has entered into a purchase agreement to purchase 60% working interest in Lost Hills Oil Field in Kern county California.

The purchase agreement states Cycle will purchase sixty percent (60%) right and interest in and to the Harvest Petroleum Asset North West Lost Hills Lease and Lerdo Lease in California and all material, Surface, Mineral Rights, Wells, Equipment, Facilities and infrastructure..

The purchase is the first phase of Cycle's expansion plan to acquire assets in the United States. The purchase of the leases includes currently producing cash flowing wells and Cycle Energy Services will implement its production enhancement services and technologies which result in approximately 150-200 BOD (Barrels of oil per day). Another 10-12 PUD's (Proven Undeveloped) drilling locations have been identified and would result in an additional 250 BOD. Harvest Petroleum Inc. is the operator of the field and the remaining 40% partner.

The Lost Hills Field is a mega-oilfield in California, northwest of Bakersfield with thousands of producing oil & gas wells from numerous intervals. Cycle purchased 60% of the field called "Northwest Lost Hills" ("NWLH"). NWLH was discovered in 1983 and is located in Sections 12 & 13, T25S, R19E, and Sections 7 & 18, T25S, R 20E, in Kern County, CA.

The wells in NWLH produce from two formations: The Etchgoin Sand and the Monterey Shale ("Antelope" interval). Pay thickness averages about 35 feet in the Etchgoin, and +500 feet in the Monterey. Oil gravity averages +29-30° API. The field is a SE plunging anticline bounded and trapped by cross faults. The NWLH portion is a Horst Fault block. All Antelope wells are naturally over-pressured and flow naturally upon completion and during production, although many are "assisted" with pumping units that were installed.

The field is fairly well-defined by drilling and 3D seismic, and only about half of the productive area has been drilled to date. A total of 25 additional infill Antelope drilling locations have been identified that are estimated to recover ~755,000 B and +2.3 BCFMr. Michael McLaren CEO states "The purchase of asset is the first step in Cycle Energy Industries acquisition plan into the US oil and gas market." Mr. McLaren further stated, " We see this asset as a great addition to our expanding US portfolio."

Cycle Energy Industries is a Canadian corporation based in the province of Alberta,  is a unique energy provider that operates three vertically integrated business units in the WCSB (Western Canadian Sedimentary Basin).  We have created a vertically integrated company where each subsidiary creates value and adds support to the other.

Cycle Energy Services  supports our Exploration and Production (E&P) team with well services and end of life reclamation which gives the E&P company an unprecedented advantage over its competitors.  This business plan excels by providing services that would otherwise be too costly and not financially viable for specific workovers or turn around projects. Cycle Energy Services owns and operates combo wireline-service rigs and Hydrovac Units.  The focus of Cycle Energy Services is primarily end of life abandonment and reclamation of non-producing assets. The company excels by supplying fixed cost services via our custom rigs and equipment that results in reduced time onsite, faster rig in and rig out times as well as reduced number of vehicles onsite.  Cycle's efficiencies reduce the amount of fuel burned to complete the abandonment and reduces the carbon footprint to abandon wells.

Cycle Energy Technologies provides both with R&D capabilities as well as previously developed and licensed technologies that aid in increased production, reduced lifting and operation costs as well as gas and oil field intelligence. Cycle Energy Technologies flag ship technology is our mobile GTL (gas to liquid) system we have been developing and is currently  implementing a pilot plant. This technology adds value added to the group by using internal production of gas and adding value by turning it into valuable chemicals and C5+ hydrocarbons as a 3-4x multiple which is industry groundbreaking.