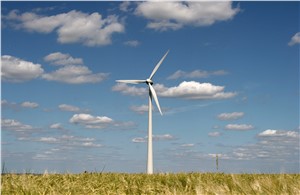 "Pattern Energy is expanding its commitment to New Mexico by increasing its investment in clean power, helping to build the state into a major renewable energy producer and benefitting New Mexico for generations," said Mike Garland, CEO of Pattern Energy. "As the leading wind company in New Mexico, we are proud to be helping position the state as a leader in wind energy. Western Spirit Wind and the Western Spirit Transmission Line will bring more than a thousand construction jobs to New Mexico this year and billions of dollars in economic benefit."

With this acquisition, Pattern Energy now has more than 4,000 MW of New Mexico wind in development, representing over $8 billion of planned investments.

"We are pleased to be working with Pattern Energy and look forward to seeing the Clines Corners wind farm constructed, along with the benefits that it will bring to landowners, the county and the region. Orion and MAP® have been working together for more than 15 years to create projects that transform the energy economy and invigorate rural communities," said Nicholas Hiza, Chief Development Officer at Orion.

Full construction on more than 1,000 MW of Pattern Energy's Western Spirit Wind projects will ramp up in 2020 together with the Western Spirit Transmission Line.

Pattern Energy's expertise in transmission is helping to unlock the state's vast renewable energy resources. New Mexico's wind and solar resources are some of the best in the world, and renewable power is now cheaper than any other source of electricity, providing the opportunity for New Mexico to become a regional supplier of clean power.

In 2017, Pattern Energy financed and built a new dedicated transmission line for its 544 MW Broadview and Grady Wind facilities, bringing clean power to new customers. The addition of Clines Corners Wind to the company's portfolio marks a promising milestone for Pattern Energy to replicate that success with its Western Spirit Wind and Western Spirit Transmission Line.