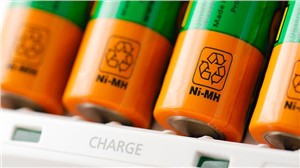 The World Health Organisation (WHO) has declared the novel coronavirus (2019-nCoV) outbreak an international emergency, and the total number of infections have surpassed that of the 2002–2003 SARS outbreak.

In this insight, we will focus on the implications it has for global battery metals markets, namely cobalt, lithium and nickel sulphate. Overall, CRU believes the impact will likely be short-lived, if the outbreak is largely contained within Hubei province where there are only a few major players (such as GEM).

We believe that the outbreak could put downward pressure on the price of cobalt and nickel sulphate, mainly by hitting sentiment rather than significantly changing the supply/demand fundamentals. However, the huge price falls already seen in the lithium market mean the 2019-nCoV is less likely to drive prices much lower, as prices already seem to have reached a floor area, putting mines supply under pressure.

Our base case assumes that demand will be hit in the short term, as the government takes actions to contain the spread, but it will bounce back in the second half of this year. However, how demand develops in China is the central question for all these markets in 2020.

What is the novel coronavirus and its impacts?

The first outbreak of the 2019-nCov was in Wuhan, in mid-December. The virus is a member of the family of coronaviruses. Since then, the number of confirmed cases has risen sharply and there have been confirmed cases in other countries also. Currently, the fatality rate has been contained under 2.5% and the daily incremental spreads have declined to below 20%.

The Chinese government has taken significant measures to counter the virus, establishing a special team under the Central Politburo Standing Committee and putting the city of Wuhan and the wider Hubei province on lockdown. Most provincial governments have also implemented strict transport restrictions, 26 out of 31 have postponed the restart of business until 10 February, with Hubei province delaying restarts until 14 February.

While there will be some short-term disruptions caused by these policies, detailed below, we do not yet believe that the outbreak significantly changes our expectations for the year ahead.