The Solar Panel Industry Looks to Usher in a New Decade 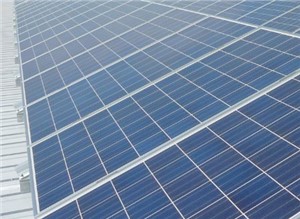 Increasing environmental awareness and demand from consumers for renewable energy sources, as well as their decreasing prices, have helped propel the solar industry to new heights in recent years. In the United States, California holds the largest market share of the solar panel market. However, there is a continuous expansion in markets like Florida, Texas, Utah, and Minnesota. Generally, falling prices are attracting new entrants in the solar industry. And according to data provided by Solar Energy Industries Association (SEIA), the U.S. installed 2.6 gigawatts (GW) of solar PV capacity in Q3 2019 to reach 71.3 GW of total installed capacity, enough to power 13.5 million American homes.

The last decade was riddled with obstacles for renewable energy in the U.S. and for the solar panel industry in particular. The panels were too expensive, looked bulky and customers were uncertain if investing in solar panels will be worthwhile from a financial standpoint. Over the years, however, these opinions have shifted thanks to various technological advancements that led to better designs and efficacy. Now, the upcoming, new decade is expected to be different. "This positive report makes clear that American families are demanding energy choice and solar, and that our industry is ready to deliver," said Abigail Ross Hopper, president, and CEO of SEIA. "This is the kind of growth and investment we could see going forward if we make smart policy moves, like extending the solar Investment Tax Credit and stopping additional tariffs. Failure to make these policy moves will limit deployment potential and cost jobs." By 2030, SEIA projects that the industry will double the U.S. solar workforce, add USD 345 Billion in private investment, and offset electricity sector emissions by 35%.

'We are strongly committed to continuing the development and improvement of Direct Solar America. The company's model continues to impress us by the ability to scale with few constraints into new markets. As we continue to see states rolling out incentives, we are able to act quickly and asses the market viability in order to quickly decide whether to roll out teams in that area. Solar continues to be a driving factor and hot topic in the media which I believe has resulted in the company expanding as rapidly as the company has', states Greg Lambrecht CEO.

The Solar Energy Industries Association (SEIA) has declared the 2020s the Solar+ Decade. President and CEO Abigail Ross Hopper states, 'The 2010s were filled with more highs than lows, and the solar industry is in a strong position to become the leading source of new energy generation this decade. Working in collaboration with other clean energy technologies, including storage, solar will lead a clean energy economic boom while also reducing greenhouse gas emissions.'

Tell a friend:
The Solar Panel Industry Looks to Usher in a New Decade