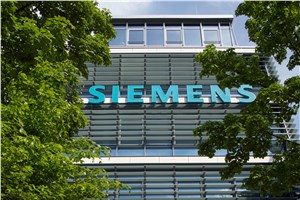 Siemens intends to meet its medium-term growth and profit targets by clearly focusing its portfolio on dynamic growth markets and efficiency gains. To this end, the Supervisory Board of Siemens AG today unanimously approved the next steps in the company's Vision 2020+ strategy concept, including the spinoff of Siemens' Gas and Power (GP).

"With Vision 2020+, we're further sharpening Siemens' focus and making our businesses faster and more flexible. These changes are laying the foundation for sustainable economic success in growth markets that will be attractive over the long term. We're also creating solid perspectives for those businesses that have to prove themselves in the structural transformation now underway and address new growth fields," said Joe Kaeser, President and CEO of Siemens AG. "The success of Siemens' businesses of the next generation will be determined by new factors. Breadth, size and a 'one size fits all' approach will be replaced by focus, speed and adaptability. That's how we'll ensure sustainable success of our businesses in the age of the digital Fourth Industrial Revolution, in which these new factors are a crucial to compete," said Kaeser. The CEO emphasized that Siemens was setting the course for the future from a position of strength and was excellently positioned. In the growth markets of automation, industrial digitalization and smart infrastructure, Siemens wants to grow significantly and further expand its leading position.

The employee representatives on the Supervisory Board also approve the plan for GP and support the Vision 2020+ growth strategy. However, they also note that the Managing Board has a special responsibility for the treatment of the employees who are impacted by the structural change. Birgit Steinborn, the Chairwoman of the Central Works Council of Siemens AG, explained: "The employee representatives agree to the plan for GP and support management's growth strategy. We're now facing a fundamental transformation of the company. If the Managing Board is serious about the growth concept, we expect employee expertise to be retained at the company and developed or expanded with respect to digitalization. These objectives can be accomplished through reskilling measures and preferential consideration when people are hired for the new positions that have been announced. The agreed-upon Fund for the Future offers good opportunities for doing this. In addition, we assume that the Region Germany will also benefit from the Managing Board's investments and growth programs. We reject unimaginative job-cutting programs."

The Digital Industries (DI) and Smart Infrastructure (SI) Operating Companies will comprise Siemens' future industrial core. This core will be supplemented by company-wide technology and service units and the company's strategic majority stake in Siemens Healthineers. Siemens Mobility is also to be further strengthened as a growth business.

Siemens' Gas and Power to be separately managed
Siemens' Gas and Power (GP) – comprising the company's oil and gas, conventional power generation, power transmission and related services businesses – is to be given complete independence and entrepreneurial freedom through a carveout and a subsequent public listing (spinoff). In addition, Siemens AG plans to contribute its majority stake in the market-leading renewable energies company SGRE – currently 59 percent – to GP. Plans call for the stock exchange listing to take place by September 2020. Siemens will also give up its majority stake in GP. However, it will remain a strong anchor shareholder in the new company, with a stake that is to be initially somewhat less than 50 percent and, for the foreseeable future, above the level of a blocking minority holding. Siemens will continue to support the new company, for example, through the professional services of Siemens' Financial Services, the strong sales network of the Siemens Regions and the licensing of the powerful Siemens brand. A decision regarding the spinoff and subsequent public listing is to be made at an extraordinary shareholders' meeting, probably in June 2020. Siemens will then deconsolidate both the new GP and SGRE.

"This move will create a powerful pure play in the energy and electricity sector with a unique, integrated setup – an enterprise that encompasses the entire scope of the energy market like no other company," explained Kaeser. "Combining our portfolio for conventional power generation with power supply from renewable energies will enable us to fully meet customer demand. It will also allow us to provide an optimized and, when necessary, combined range of offerings from a single source. We're convinced that this strategic decision will be positive for all participants and enable long-term value creation for customers, employees and shareholders – as can also be seen in recent market successes such as those in Iraq, which we'll jointly continue to pursue," added Kaeser.

"Being independent will enable us to more effectively leverage our position of strength to further support our customers in rapidly changing energy markets," said Lisa Davis, CEO of Siemens' Gas and Power. "Global electrification continues to be vital to economic and environmental progress around the world, and as the only company with a leading portfolio along the entire energy value chain – in both conventional and renewable energy – we are uniquely able to help both public- and private-sector customers benefit from these developments. We'll now have more freedom and agility to be able to concentrate fully on the highly specific and quickly changing requirements of our markets and customers. In addition, we'll be able to more directly control our costs and ensure that our stakeholders benefit directly from every euro we spend," explained Davis.

Significant growth and efficiency gains planned
In addition to strengthening its portfolio structures, Siemens will significantly improve its cost effectiveness across all areas of the company. The goal is to strengthen competitiveness and productivity and thus increase both the annual revenue growth rate and the profit margin of the company's Industrial Business by two percentage points over the medium term. Basic earnings per share are to grow faster than revenue over the medium term. Over the long term, the profit margin of the industrial core business (adjusted EBITA margin) is to reach 14 to 18 percent.

Smart Infrastructure has a clear plan to boost growth. First, SI intends to strengthen its product business, particularly in Asia. Second, its attractive service business is to be expanded. Third, SI intends to intensify its activities in future-oriented fields such as electric mobility infrastructure, distributed energy systems, smart buildings and energy storage – also by leveraging the increased use of digitalization solutions. These steps are expected to generate annual revenue growth of four to five percent across SI's entire portfolio. As a result, SI wants to hire up to 6,000 new employees by 2023 – above all, in services, research and development, and sales. "Overall, with accelerated growth and a leaner setup, we intend to raise our profit margin to between 13 and 15 percent by 2023," explained SI CEO Cedrik Neike.

"We have a variety of opportunities to become more profitable. Significant productivity gains can be achieved through leaner administration alone. The 79 factories that SI maintains worldwide are another factor. We'll reduce costs over the next three years by bundling capacities and through partnerships," said Neike. To achieve this goal, SI plans to reduce jobs by a total of 3,000 worldwide. This measure will generate €300 million in restructuring charges. All in all, SI expects a net increase of about 3,000 jobs by 2023.

Digital Industries intends to strengthen its businesses in industrial digitalization and further expand its market leadership. The goal is to grow 25 percent faster than the market. As a result, up to 12,000 new employees are to be hired worldwide, primarily in production, research and development, and sales. Profitability will be optimized, for example, through the integration of two former Divisions, the improvement of internal processes in areas such as logistics, simplified controlling and the increased use of the company's own industrial software portfolio. These measures will also have a structural impact on jobs since different qualifications will be required in some cases. Up to 4,900 jobs worldwide will be affected by the measures. DI's management expects to incur restructuring charges of €300 million by 2023. All in all, DI expects additional growth to generate about 7,000 jobs by 2023.

"DI's clear aim is to outpace overall market growth, even under more volatile market conditions, and to continue developing within its target margin range of 17 to 23 percent. The requirements of our customers in the discrete manufacturing and process industries and in these customers' markets are changing at an unprecedented speed. With our Digital Enterprise portfolio, we're helping customers master these challenges. Furthermore, we must become more flexible. These measures will ensure the profitability that we need in order to continue to invest in future-oriented markets and technologies," said DI CEO Klaus Helmrich. To generate growth, DI is relying on its Digital Enterprise portfolio, forward-looking technologies – like edge and cloud computing – artificial intelligence and additive manufacturing. In addition, DI is placing an even stronger focus on the domain-specific requirements of the automotive and aerospace industries as well as the food and beverage, electronics, battery production, pharmaceuticals and chemicals sectors.

As previously announced, key parts of Siemens' Corporate Units and administration have been decentralized. The remaining Corporate Functions are also to become significantly leaner. Concentration on the key tasks of the company's Corporate management means that about 2,500 of the total of around 12,500 jobs at these Corporate Functions will be cut by 2023. This reduction is expected to result in restructuring charges of €400 million.

The newly planned efficiency improvements will cut costs by a total of some €2.2 billion by 2023. This figure includes the €500 million targeted by the GP cost reduction program that was announced in September 2018. All measures worldwide are to be implemented in as socially responsible a manner as possible – in Germany, this is to be done in accordance with the framework agreement (Radolfzell II) signed by Siemens, its Central Works Council and the IG Metall trade union – and through the company's performance of its social responsibilities. Siemens expects planned growth to create some 20,500 new jobs by 2023. Taking into account the roughly 10,400 efficiency-related workforce adjustments, there will, accordingly, be a net increase of some 10,000 jobs worldwide within the same time period. Therefore, the growth-oriented Vision 2020+ strategy concept will also be reflected in workforce development.