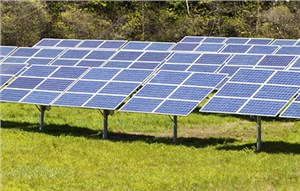 sPower, an industry leader in renewable assets, recently acquired the operating 55 MWdc Idaho Solar 1 project. Located in Kuna County, ID and placed in service in late 2016, the PV system will continue to operate and sell all output to Idaho Power Company under a 20-year contract. This is sPower’s first operating project acquisition since becoming an AES/AIMCo company in 2017.

“We are thrilled to add another high-quality asset to the sPower fleet. Consummating this transaction would not have been possible without the support of AES and AIMCo as we continue to push the market across the competitive, renewable M&A landscape,” commented Brian Callaway, Director of Structured Finance and M&A at sPower. He added, “The ability to finance this purchase with proceeds from a delayed draw on our recent bond issuance was a key competitive advantage.”

“We were pleased to work with York Capital and find a final home for this project,” said sPower CEO Ryan Creamer. “In addition to ownership, the Idaho Solar 1 project will now be operated by sPower Services, a team that operates over 1300 MWdc that generates over 10 gigawatt hours a day.”

sPower is continuing to pursue future acquisitions of both wind and solar assets at all stages of development, as well as those that are already in operation. sPower’s long-term growth plan forecasts a continued expansion of the Company’s resources dedicated to acquisitions.