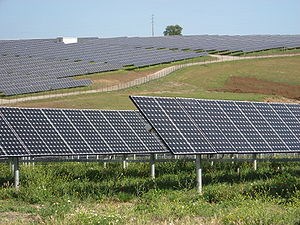 The power will be generated at sPower’s Antelope Expansion 2 facility, which will be located in northern Los Angeles County in Lancaster, Calif. The commercial operation date is expected in late 2018. sPower estimates a peak construction crew size of 300 - 400 workers installing more than 300,000 solar panels. The modules will be mounted on a single-axis tracking system that follows the sun, allowing the panels to more efficiently capture energy as the sun tracks across the California sky.

“We are excited for our first project with sPower. Their reputation for responsible renewable energy development supports MCE’s goal to address climate change by offering our members responsibly-generated, competitively-priced clean power,” said Dawn Weisz, MCE’s CEO. “Together we are producing cleaner energy sources for California and creating local and union jobs”.

When fully operational, the facility will reliably generate enough pollution-free, renewable energy for more than 23,000 homes and will offset greenhouse gas emissions equivalent to taking 46,000 cars off the road each year.1

“MCE has raised the bar for all CCAs with their visionary sustainability initiatives,” said Hans Isern, sPower SVP Utility Power Marketing. “With projects like Antelope Expansion 2, sPower is providing important economic and workforce benefits. And MCE is able to offer its members the ability to make smart decisions about the environment and their energy sources.”