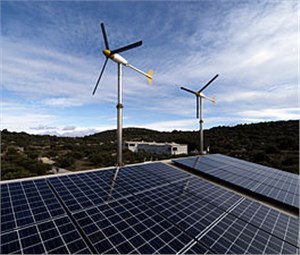 BioSolar, Inc., a developer of breakthrough energy storage technology and materials, today provided a progress report on the development of its high-energy anode material for next generation lithium batteries.

The company recently completed the initial test of its silicon-metal (Si-M) anode material for lithium-ion batteries. During this test, a recent batch of BioSolar's Si-M anode material was evaluated against a benchmark silicon-carbon anode material, known as one of the best silicon anode materials commercially available.

During the test, both silicon materials were prepared to reach the energy storage capacity of over 620mAh/g at the electrode level, and evaluated at full cell configuration with lithium nickel cobalt aluminum oxide (LiNiCoAlO2) cathode electrodes. One of the significant parameters that can project battery performance is the capacity retention after 200 charging and discharging cycles. At identical loading, prototype batteries with BioSolar's Si-M anode retained 78.1 percent of the original capacity whereas the benchmark silicon anode retained just 76.6 percent of its original capacity.

"Though we are still early in the process of improving our proprietary material technology, these test results project a substantially longer battery life for BioSolar's Si-M anode compared to the best silicon anode materials on the market," said Dr. David Lee, BioSolar's Chief Executive Officer. "It is also important to point out that our Si-M anode material is three times less expensive than that of the benchmark silicon-carbon anode material, which addresses cost-effectiveness issues typically associated with battery technology.

Silicon (Si) is one of the most promising anode materials being considered for next generation, high energy and high power lithium ion batteries (LIBs). However, Si anodes suffer from large capacity fading and tremendous volume changes during lithium-ion charge-discharge cycling. The strains due to the huge volume changes actually pulverizes the Si material and eventually lead to electrode shattering and delamination, which adversely affect the battery performance and cycle life. These are the primary challenges to the commercial use of Si for battery anodes, which the company intends to overcome.

BioSolar is currently sponsoring a research program at the North Carolina Agricultural and Technical State University to strengthen the engineering development efforts of its battery technology. Dr. Sung-Jin Cho, Assistant Professor in the Nanoengineering Department at the university, is the lead investigator of the sponsored research program.