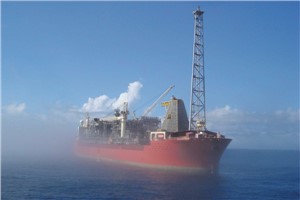 The Newfoundland and Labrador Oil & Gas Industries Association (Noia) hosted its annual Fall Seminar this past Thursday at the St. John’s Convention Centre. Themed ‘Drilling Down for Future Opportunities,’ the focus for this year was advancing the offshore industry through exploration drilling activities.

Keating summarized what’s coming as a "bow wave" of investment as eight oil companies, with 10 exploration plans, begin exploration programs in frontier areas of the offshore.

"We see many prospects that have the potential to hold billions of barrels of oil. Hibernia is a gold standard and a driver for the Newfoundland economy for the better part of the last two decades. There are probably two dozen prospects HIbernia-size or bigger," said Keating.

"Whether they contain oil or gas is yet to be determined. But invariably, statistically, some of them will. It's just a matter of getting to them and the sooner the better," he said.

“This year’s Fall Seminar provided an informative program that was both leading edge and timely for our industry,” said Karen Winsor, chair of Fall Seminar 2019. “There were focused discussions on drilling and how it helps advance the offshore industry, updates on Equinor’s work offshore and much insightful discussion about the future of the offshore oil and gas industry in the province.”

During Fall Seminar, Chantelle Delaney of Witless Bay received the 2019 Noia-Hibernia Scholarship Award. Chantelle accepted the $1,000 scholarship presented annually to a graduating high school student in Newfoundland and Labrador who is entering post-secondary studies with the intention of pursuing a petroleum-related career.

Following her graduation from Mobile Central High School with a cumulative average of 95%, Chantelle enrolled in Memorial University where she is currently studying engineering with the goal of working in the offshore oil & gas industry as an engineer.

The Noia-Hibernia scholarship was established in 1977 – the year the Hibernia platform was completed and started drawing oil. It is designed to foster the bright minds that will shape the future of our province’s oil & gas industry.

Noia extends sincere congratulations to Chantelle and wishes her well in her academic, professional, and personal pursuits.