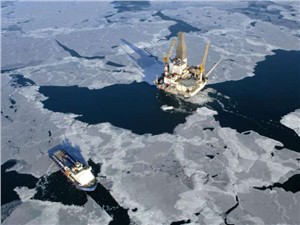 There definitely is a lower-carbon model in the oil and gas industry’s future, agreed executive participants in the opening session of SPE’s 2019 Annual Technical Conference and Exhibition. The session of four panelists and moderator got underway in Calgary Monday morning, against a backdrop of an unusual early snowfall that saw six to 10 inches of snow accumulated around the city (depending on location) during the previous 36 hours. Ironically, as panelists talked about efficiencies and lower emissions under a theme of “Positively Impacting the World Through Responsible Energy Development,” plenty of energy was being used to heat the venue at Stampede Park and remove the unwanted snow from streets and sidewalks.

Nevertheless, the panelists from BP, Baker Hughes, Gazprom Neft and ARC Energy Research Institute did a fine job of grappling with, and assessing, the industry’s challenge of simultaneously boosting global output, doing it in a way that gives investors stronger returns, and working toward zero emissions in operations to satisfy environmentalists, the public and some governments. As BP’s Head of Upstream Procurement & Supply Chain Management, Leigh-Ann Russell, noted, it’s “an amazing challenge.”

While the panelists praised work being done by the Oil and Gas Climate Initiative, a group of various operators that is advocating industry action to speed up reduction of greenhouse gas emissions from operations, they also were eager to discuss what their individual companies are doing on their own initiatives. BP’s Russell said her firm has an effort underway to “reduce, improve and create,” whereby the company sets targets to reduce emissions from its operations. BP also is establishing and/or investing in low-carbon business lines. Other examples of the firm’s program are cameras to monitor flaring, improved pipeline inspection, and flying drones over North Sea facilities to find emissions.

Baker Hughes’ Executive for Energy Transition and Clean Energy Solutions, Jeanne-May Sun, said her company is “doing our part (toward zero emissions) with governments, but also in the absence of some government intervention. [But], I also think that there’s a lot of activity globally that occurs at the sub-national levels. We think it’s the right thing to do. But, of course, if there are more uniform regulations that are standardized, I think that would be helpful, but we’re certainly not waiting for that. We need to get a move on now, and we need to do what we can and not wait. Obviously, more collaboration with government and other stakeholders is always welcome.”

Gazprom Neft’s Head of Exploration, Aleksey Vashkevich, said his company is working with Russian officials to reduce flaring and venting, and also decrease deforestation associated with shooting seismic. He said that several Russian companies, along with the government, are looking at technology that could reduce flaring and venting. The Russian government also supposedly has passed several laws mandating that operators decrease flaring and find ways to harness wasted or stranded gas.

Taking a harder-line approach to the subject was Jackie Forrest, Senior Director of Research at ARC Energy Research Institute. She offered the opinion that it will be difficult to get to net zero emissions without a variety of carbon sequestration projects. Forrest noted that there are close to 20 carbon capture projects operating now, of which several are in Canada. She maintained that “combustibility” is a major issue, since 80% of emissions from oil and gas come from combustion.

And, said Forrest, “We haven’t solved the climate change problem by 2050, if all we do is reduce upstream emissions. We have to set our boundaries wider than we have (a reference to midstream and downstream operations). Our industry has to think much bigger than we are thinking today.” On the positive side, she noted, “there are something like 77 companies that are now signed on to net zero pledges by 2050.”

However, continued Forrest, “The reality is that every year, hydrocarbon use goes up, so there is a need for stronger policy. We’re going to need a much tougher regulatory environment.”

Attracting talent. One sub-topic that emerged in the opening session was how to attract more young people to oil and gas employment, given that they have acquired negative perceptions of the industry on environmental issues. Baker Hughes’ Sun said that she has found some angles to pitch to prospective, younger talent. “I think this is a great industry for people, who are simply attracted by challenge and the possibility of working on exciting problems and solving them. That’s really the message that we ought to be giving to people who are considering careers and different options.

“As I said in my opening,” continued Sun, this is the challenge of our times. And this is a real opportunity to be in the industry, where we have the opportunity to solve those [problems]. Jackie (Forrest) mentioned some of the very interesting things going on with carbon capture….we could actually have a completely circular economy and be able to use oil and gas without emissions, and how exciting would that be? That would be very interesting and very rewarding, if we could work toward that. So, I think this industry offers tremendous opportunity to people, looking to make a difference.”