Constellation Announces Completion of 1.2-Megawatt Solar Project at the Port of Los Angeles 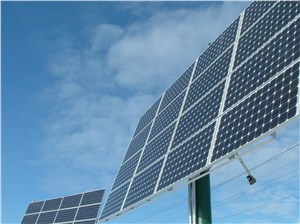 Constellation, a leading competitive retail energy supplier, announced the completion of a 1.2-megawatt (DC) solar generation project yesterday at the Port of Los Angeles during an interconnection celebration with Los Angeles Mayor Eric Garcetti, the Los Angeles Business Council and other local officials.

The project is part of Los Angeles’s rooftop solar Feed-in Tariff (FiT) program. The nation’s largest of its kind, the program enables building owners to host solar projects on their rooftops and sell the power generated to the Los Angeles Department of Water and Power (LADWP) for distribution on the city’s power grid.

The solar project required no upfront capital from the City. Constellation will own and operate the solar power system and LADWP will purchase the electricity generated by the solar panels through a 20-year power purchase agreement. The system is located within the Port on the roofs of two classically restored 1940s-era warehouses, one of which is home to CRAFTED, a large-scale permanent marketplace that supports more than 100 local artists, crafters and food makers.

“Constellation is pleased to help the City of Los Angeles expand its impressive FiT program and transform the city’s power supply,” said Gary Fromer, senior vice president, distributed energy for Constellation. “This solar project is a great example of how public-private collaboration can expand access to renewable energy and advance sustainability goals.”

Tell a friend:
Constellation Announces Completion of 1.2-Megawatt Solar Project at the Port of Los Angeles