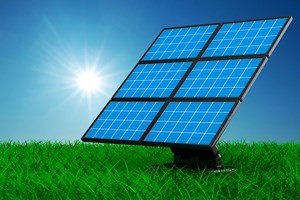 Constellation today announced that it has been awarded a contract by the Federal Bureau of Prisons to implement $45 million in water and energy conservation measures and install a 2-megawatt (DC) solar generation project at the Federal Correctional Complex in Coleman, Fla., (FCC Coleman).

Under the terms of the energy savings performance contract, the conservation measures are guaranteed to provide approximately $79 million in cost savings to the bureau over 19 years. The bureau will use the resulting savings to fund the efficiency upgrades and solar project.

“Constellation is delighted to serve the FCC Coleman and support its effort in achieving its federal energy and environmental performance mandates,” said John Dukes, executive director of federal and public sector sales for Constellation. “Working as a team with the Federal Bureau of Prisons and FCC Coleman personnel, we developed an energy project that is expected to deliver an exceptional volume of renewable energy generation and replace antiquated, inefficient infrastructure and equipment with new energy efficient infrastructure and equipment. The upgrades are designed to improve energy security while providing significant cost savings through energy and water intensity reductions and increasing the use of renewable energy for the site.”

According to Dukes, the efficiency measures implemented at FCC Coleman are expected to result in total energy intensity reduction of 35 percent and water intensity reduction of 50 percent. The upgrades are designed to enable FCC Coleman to conserve an estimated 18 million kilowatt-hours of electricity and 194 million gallons of water annually and thereby avoid the emission of an estimated 323,000 tons of carbon dioxide over the term of the contract.