This news is classified in: Traditional Energy 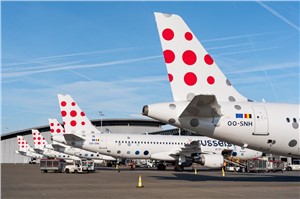 Brussels Airlines, the flag carrier of Belgium and part of the Lufthansa Group, has started the new year by being the first airline receiving a delivery of Neste MY Sustainable Aviation Fuel™ at Brussels Airport for the first time using the NATO Central European Pipeline System (CEPS). Aviation fuel is supplied by CEPS to commercial airports in Europe, and from 1 January 2023 these airports can also receive sustainable aviation fuel (SAF) via the pipeline system.

Brussels Airlines has ambitious sustainability goals including an aim to emit 50% less CO2 by 2030 compared to 2019, become carbon neutral by 2050, and operate its first flight using SAF by 2023. The delivery of Neste’s SAF via the CEPS pipeline contributes to Brussels Airlines’ sustainability goals by enabling the airline to operate its first flight using SAF already at the start of 2023.

"To achieve our climate goals, we will have to drastically increase the use of alternatives to fossil fuels in the coming years. Together with the Lufthansa Group, we have already invested in the production and use of SAF for several years. The fact that sustainable aviation fuel can now be transported from the blending facility all the way to our aircraft in a fast and environmentally friendly way is an important step to increase the use of this type of fuel in the near future," said Peter Gerber, CEO of Brussels Airlines.

Analysis By Production, By Consumption, By Feedstock (Tallow, UCO, Corn Oil, Fish Oil, and Other), By Region Size and Trends with Impact of COVID-19

“Sustainable aviation fuel is the most effective tool currently available to reduce the emissions of air travel. Neste is working with partners like Brussel Airlines and the Lufthansa Group, airports and logistics providers to make SAF available across Europe and globally. Following permission by NATO to transport SAF on the CEPS system, we are proud to be the first to deliver SAF into the pipeline to Brussels airport. We look forward to using the largest pipeline system in Europe to supply other airports in the near future. Pipelines are the most efficient way to supply as Neste is scaling up SAF production capacity to 1.5 million tons annually in 2023,” said Jonathan Wood, Vice President Europe, Renewable Aviation at Neste.

The Central Europe Pipeline System
The Central Europe Pipeline System (CEPS) is the largest petroleum pipeline system in NATO and is used to deliver fuel for air and ground vehicles around Europe. Comprising some 5,300 km of pipeline running through Belgium, France, Germany, Luxemburg and the Netherlands, it is one of the most complex and extensive networks of refined product pipelines in the world also connecting to civil airports.

*) When used in neat form (i.e. unblended) and calculated with established life cycle assessment (LCA) methodologies, such as CORSIA methodology