BP Looks to Further Developments at Tangguh With PSC Extensi

BP Looks to Further Developments at Tangguh With PSC Extension 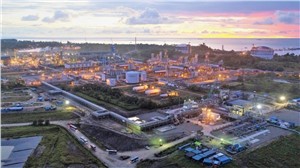 The Government of Indonesia has granted a 20-year extension of the Tangguh production sharing contract (Tangguh PSC) to bp, operator of the PSC, and its Tangguh PSC partners. Under the agreement, the Tangguh PSC, which consists of the Berau, Muturi and Wiriagar PSCs and was due to expire in 2035, will be extended to 2055.

Anja said: “This extension reflects bp’s long-term commitment to Indonesia. It will allow us to continue to build on the great work that our Indonesia team has been doing - with our partners and the strong support of the Government – to deliver much-needed natural gas safely and reliably from Tangguh to Indonesia and other markets. Today’s agreement will help open new possibilities for Tangguh’s future.”

“We would like to thank the Government of Indonesia, especially the Ministry of Energy and Mineral Resources and SKK Migas, for their continued support for this key project. We look forward to continuing to work with Indonesia and our partners for many years to come.”

Kathy Wu added: “With the extension, we will be able to continue our important work to meet the country's energy demand by expediting exploration activities, contributing to the state’s revenue and further supporting the local economy. With our recent addition of other blocks in Indonesia, this also reflects our confidence in the Government of Indonesia as we continue to invest in country
and deliver energy solutions.”

Tell a friend:
BP Looks to Further Developments at Tangguh With PSC Extension