ORLEN Group to Ramp Up Oil and Gas Production in Norway

ORLEN Group to Ramp Up Oil and Gas Production in Norway 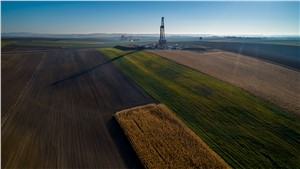 The ORLEN Group together with the operator AkerBP and licence partners have prepared plans for development and operation for their fields on the Norwegian Continental Shelf. The reserves in these fields attributable to the Group are estimated at a total of 9 bcm of natural gas and 46.6 mboe of crude oil and natural gas condensate. Gas produced from the ORLEN Group’s fields is to represent a significant part of the volume transported to Poland via Baltic Pipe. The planned investments require consent of the Norwegian parliament. A favourable decision, expected in the second quarter of next year, will allow drilling on the fields to begin in 2024 and 2025, with production start in 2027. The ORLEN Group’s upstream investments are in line with the Group’s strategic goals related to boosting Poland’s energy security and independence.

– Given the current geopolitical situation, it has become clear more than ever how important it is to provide Poles with reliable sources of gas and oil. With natural gas produced from the Norwegian fields, which we will deliver to Poland via Baltic Pipe, we will strengthen our country’s energy security. This is one of the reasons why we have built a multi-utility group with upstream operations and power generation as strong pillars. Thanks to the first synergies from the merger of PKN ORLEN with PGNiG and the LOTOS Group, we have strengthened our competence in these areas and gained access to diversified sources of oil and gas. As one entity, we enjoy an even stronger position on the international market, which allows us to build business ties and exchange experiences with important partners in the industry – says Daniel Obajtek, President of the PKN ORLEN Management Board.

Companies of the ORLEN Group: LOTOS Exploration & Production Norge and PGNiG Upstream Norway, operate on the Norwegian Continental Shelf. Together with their licence partners (AkerBP, Equinor, and WintershallDEA) they have submitted plans for development and operation for the fields in which they hold working intereststo the Norwegian Ministry of Petroleum and Energy. AkerBP are the operator of these fields , and the total recoverable reserves attributable to all licensees are estimated at 580.9 mboe. Of this amount, 102.4 mboe is attributable to the ORLEN Group companies, based on the size of their working interests. The planned capital commitment, proportionate to ORLEN Group’s interest in each field, is estimated at about NOK 5.1bn (about PLN 2.3bn).

– We highly value our cooperation with the license partners. With the efficient and professional cooperation from the other licence partners, we have been able to quickly draw up and agree on the plans for development and operation of the new fields, which have just been filed with the Ministry of Petroleum and Energy. A favourable decision from the Norwegian authorities will enable us to start production just as swiftly – says AkerBP’s CEO Karl Johnny Hersvik.

One of the largest investments currently underway on the Norwegian Continental Shelf, with a value of approximately NOK 115bn (over PLN 50bn), is the NOAKA project. LOTOS Exploration & Production Norge  is among the companies involved in this project, which aims to develop fields located in the North Sea, within the North of Alvheim area (Frigg Gamma Delta, Langfjellet, Rind and Froy), Fulla and Lille-Frigg, as well as Krafla and Askja fields.

The ORLEN Group company holds an interest of nearly 13% in the eight licences within the NOAKA area. The other partners are AkerBP - the operator for the entire area, and Equinor. Total recoverable reserves of these licence areas are estimated at 318.2 mboe. Proportionallyto its interest, LOTOS Exploration & Production Norge can produce approximately 39 mboe of hydrocarbons from these assets, which translates into 26.7 mboe of crude oil and gas condensate and 2 bcm of natural gas. The company’s capital commitment will be about NOK 2.3bn (about PLN 1bn). Drilling operations will begin in 2025, while production is expected to start in the first quarter of 2027.

As for PGNiG Upstream Norway, it holds interests in three fields: Alve Nord, Ørn and Fenris, in the case of which the company’s partner and the operator is also AkerBP. In addition, PGNiG Upstream Norway’s partners on the Alve Nord and Ørn fields are WintershallDEA and Equinor, respectively. Total reserves of these three fields attributable to the ORLEN Group are estimated at 7 bcm of natural gas and 19.9 mboe of crude oil and natural gas condensate. The company’s capital commitment to the development of these fields will reach NOK 2.8bn (PLN 1.3bn).

Tell a friend:
ORLEN Group to Ramp Up Oil and Gas Production in Norway