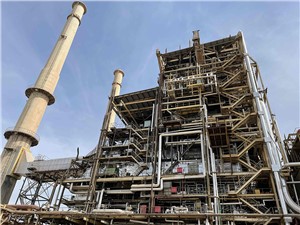 Mitsubishi Power, a power solutions brand of Mitsubishi Heavy Industries, Ltd. (MHI), has completed the refurbishment of Unit 1 at the Hartha Thermal Power Station operated by the Ministry of Electricity (MOE) in the Republic of Iraq. After more than 30 years of operation, the refurbishment work ordered in 2017, called for the replacement of core components of the plant’s degraded power generation facilities (gas and oil-fired boilers and steam turbines) to restore its original output rated at 200 MW. This is Mitsubishi Power’s second completed project at the Hartha plant, following refurbishment work on Unit 4, which was ordered in March 2015 and completed in December 2017.

The Hartha Thermal Power Station is located in Basra Province in southern Iraq and accounts for approximately 25% of the province’s power generation capacity. The plant was completed in 1982, featuring original power generation equipment supplied by Mitsubishi Power. Following successive conflicts in the region, however, the original facilities sustained partial damage as well as gradual degradation, causing the plant to operate at a reduced capacity of 60 percent. Funding for the Unit 1 project, similarly to the Unit 4 project, was provided by Japanese Official Development Assistance (ODA) through the Japan International Cooperation Agency (JICA), as part of efforts to contribute to Iraq’s infrastructure development.

The refurbishment work was carried out by a consortium led by Mitsubishi Power, which replaced the main equipment and parts of core components such as boilers and steam turbines, to improve the facilities’ reliability. The Turkish engineering company GAMA Power System Engineering & Construction Inc. handled local transportation and installation work. Despite challenges caused by the global COVID-19 pandemic and resulting impact, as a result of the deployment of numerous highly experienced engineers and other special measures, Mitsubishi Power was able to successfully complete the project for handover to the Iraq MOE.

Besides the Hartha Thermal Power Station, Mitsubishi Power has a long track record of refurbishment work for the Iraq MOE at the Taji, Al-Musaib and Mosul thermal power plants. Through these projects, Mitsubishi Power has significantly contributed to the stable supply of electric power in Iraq, which is indispensable for the country’s social development and economic revitalization.

Mitsubishi Power today is working not only on the development of new thermal power generation systems, but also on upgrades and performance enhancements for existing power general facilities. Going forward, the Company will continue to provide support to stabilize power supplies and boost generation efficiency at power facilities worldwide, to drive economic development and build highly sustainable energy infrastructures on a global scale.